In addition to my training and experience as a psychologist, I have seen PTSD in soldiers returning from war on a more personal level.

My own father suffered from PTSD (post traumatic stress disorder) following his experiences in World War 2.

Before the war, my father was a biological research technician in Sumatra, Indonesia; like all the Dutch men in Indonesia at that time, he was a reservist in the Dutch army.

Following the bombing of Pearl Harbour in December 1942, my father was called up to fight the Japanese army to halt their progress down the Malaysian peninsula to Singapore, and from there to Sumatra.

My father was part of a small army of about 2000 men, defending the area with only two anti-aircraft guns. After many months, the Japanese brought in aeroplanes and the small group of men (which had dwindled to only 200), waved the white flag of surrender.

I remember my father explaining that the Japanese commandant brought in around 80 trucks to collect this “huge” army which had held them off for so long. When he noticed only 200 men, he asked in very broken English – “Where is the rest of your army?” – only to learn that this was all that was left. He then angrily told the men to get into the trucks, and took them to Singapore.

Later, the Dutch men were informed that the commandant committed hari kari (ritual suicide by self-disembowelment on a sword, practiced by samurais in traditional Japanese society), because he was so embarrassed he had been held up for so long by this small rabble of men.

A Prisoner of War

From there dad was taken to work on the Burma railway in Thailand – not exactly a holiday camp. The men were given the smallest of rations to keep them alive (barely), and very few were able to survive.

By the end of the war, my father weighed only 37 kg. He recalled once how when he was in Thailand being repatriated after the war, one doctor thought to provide them with butter for protein – it had the opposite effect: they were unable to process such strong fatty food, after so many years without.

But the main problem during their imprisonment was more traumatic, psychological and longer lasting. The men experienced continual daily traumas and threats to their lives at the hands of their captors. One only needs to see the movie “The Railway Man” (starring Colin Firth and Nicole Kidman) to visualise some of the hardships that these men suffered during this period – beheadings, beatings, water-boarding, confinement in small spaces, starvation, sexual and physical abuse.

When the men were finally released, the memories remained with them, as vivid as if they were still in the camps.

These soldiers returning from war were experiencing high level PTSD from wartime trauma.

According to the Australian Psychological Society, the “aetiology of PTSD is relatively specific, namely, any traumatic event that is perceived as life-threatening can result in the development of PTSD. However, as not all individuals who experience a potentially traumatic event will go on to develop PTSD, several aetiological models have been proposed to account for the post-trauma reaction some individuals experience” (EQUIP Practice Guides, APS).

The highest rates of PTSD can be found with victims of rape or sexual molestation, soldiers returning from war, victims of terrorist acts, and less so with motor vehicle accidents and natural disasters.

Brewin, Andrews and Valentine (2000) argue that the most significant risk factors for PTSD are:

Although the men in the Japanese prison camps had a social network of sorts, my father indicated there was no guarantee that the men would still be around in a month or so – many were moved to other places, or they died.

Not surprisingly, a high level of trauma was experienced by most of the POWs in the Thai-Burma Railway project. According to a report on the Thai-Burma and Hellfire Pass experience, around 200,000 Asian labourers and 60,000 Allied prisoners of war were involved in building the 415-kilometre railway between October 1942 and October 1943, to supply the Japanese forces in Burma.

The Outcomes for PTSD Sufferers

Research suggests that with effective treatment, PTSD is less likely to follow a chronic course, with around one-third of patients expected to make a good recovery, one-third expected to do moderately well, and one-third unlikely to benefit (Australian Centre for Posttraumatic Mental Health, 2013).

This means however, that even if treatment was provided to all of the POWs – unlikely at that time in history – about one third of them did not gain any therapeutic benefit. There were therefore at least 20,000 Allied men (based on the numbers mentioned above) who retained high and untreated levels of PTSD throughout their lives. 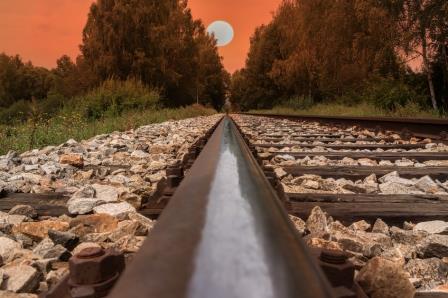 The Thai-Burma and Hellfire Pass report also stated that “The ex-POWs’ integration into Australian society was an ongoing process. The military offered training programmes, while friends and families helped them adjust to civilian life. Many former prisoners had no wish to dwell on their experiences, desiring only to ‘get on’ with their interrupted lives. Most were able to do this to varying degrees. However, some found post-war life difficult, especially after the initial joy of homecoming had worn off. One of the men, William Webb remembered:

Our discharge centres have vomited us out, by the hundreds, and after the almost sacred family reunions, we view with some misgiving, a rather strange world, that somehow does not seem to be going to be quite that Utopia, as viewed from dark hopelessness of a prison camp.”

The Australian Centre for Posttraumatic Mental Health (2013) stated that “of those who do experience PTSD symptoms and do not receive treatment, 40 to 56% continue to have PTSD symptoms decades after the traumatic event.”

My father and his family (wife and five children) were brought into Australia during the late 1950s as part of the Commonwealth post-war immigrant and settlement program.

He had told us as children he hated the Japanese and told us never to buy anything Japanese. In the mid 1960’s he became a Christian, and was able to start the process of forgiving the Japanese.

He began to see the lighter side of the war, and started telling stories about the railway experience – which may still have been difficult, but definitely lighter. He became known to his family and friends as the “master story teller”. Towards the end of his years he even bought a Japanese car, a Mazda!

The Role of Forgiveness

Many folk think that forgiveness is a case of “I forgive you but will never forget what you did to me”.

However I believe that with this frame of mind, the sufferer of PTSD – whether from wartime trauma or abuse – continues to live with grievances, even years beyond the event/s which caused the pain.

This therefore imprisons both the victim and the oppressor with a view of, and continuous experience from, the past. In effect this form of forgiveness is saying: “I hold you in prison forever because of what you have done to me. I will try to get over it but I will never forget – even if you change.” The problem is that just as a jailer is required to remain outside a prison to make sure the prisoner remains in jail, in effect they will always remain tied to each other, so neither is free.

True forgiveness on the other hand allows both to be free to get on with life. Those involved may still have scars after the experience, but they will also have the greatest opportunities for healing. Now they really experience the present moment afresh.

As the experiences of my father demonstrate, forgiveness can help in recovery from PTSD, releasing anger and bitterness, and thereby allowing the individual to return to a heightened state of peace and wellbeing.

To find out more about the role forgiveness may play in recovery and healing from PTSD, you may like to read my article on forgiveness, or make an appointment to see me.