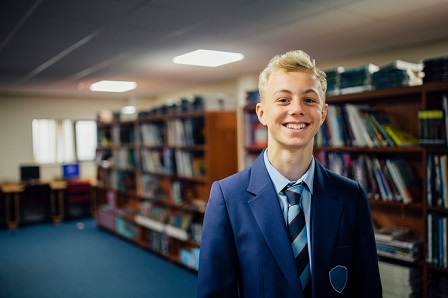 Is there a difference between self-esteem and self-worth?

Many young people tend to struggle with a sense of worth, also called ‘self-esteem’.

They are often confused about who they are and how they are placed in society, especially amongst their friends.

This has been shown to:

Bullying and teasing, as factors of victimisation, have been found to be associated with poor psychological and emotional functioning and feelings of self-worth (Noser & Steele, 2016). Lower self-worth has also been positively associated with self-harming behaviour and suicidality (Batey, May, & Andrade, 2010).

How Important is Self Esteem?

A book by Nathaniel Branden, first published in 1969, called The Psychology of Self-Esteem, was such a success it helped to popularise the idea of self-esteem as an important element of self-improvement, and argued that self-esteem was one of the most important factors in human psychology.

Albert Ellis, psychologist, asked in his book The Myth of Self-Esteem, whether self-esteem (or the lack of it) is a sickness. He argued that it is probably the “greatest emotional disturbance know to man and woman”, even greater than feelings associated with hating other people. Ellis describes self-esteem this way: you rate yourself, your being, your personality, your essence, your totality, in terms of two main goals – one by your achievements, the other by how others judge you.

Albert Ellis faulted the book by Branden for focusing on “reason and competence” as the only sources of self-esteem. He argues that we are not our thoughts and behaviours. Yes, we can do and think undesirable behaviours and thoughts – but they pass, even though we feel the effects for some time: “I am not my acts – just a person who behaves either well or badly”,

In the second case, anxiety can be reduced if we feel judged by others as wonderful and successful, but then sky-rocket if they consider us to be a failure or maybe not “their type” after all. This growing anxiety will then cause us to make even more mistakes in our interactions with others, and in our own judgements, performances, and achievements.

Does High Self Esteem = High Performance?

Baumeister et al (2003) found only modest correlations between self-esteem and school performance, but argue that this does not indicate that high self-esteem leads to good performance.

Instead, they argue that high self-esteem is due to the opposite – it is partly the result of good school performance.

It seems that efforts to boost the self-esteem of pupils have not been shown to improve academic performance and may sometimes be counterproductive.

Similarly, job performance in adults is only sometimes related to self-esteem, so occupational success may boost self-esteem rather than the reverse.

Therefore, they argue, self-esteem may be helpful only in some job contexts. 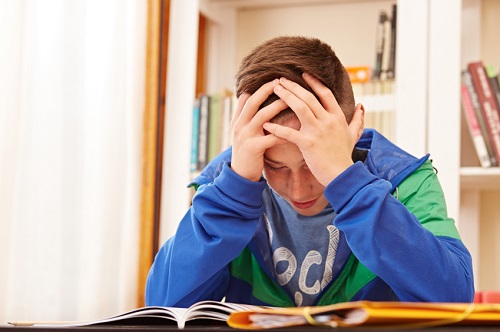 It has been found through laboratory studies that there is little clear evidence that self-esteem causes good task performance, only that high self-esteem facilitates persistence after failure.

Finally, people high in self-esteem claim to be more likable and attractive, to have better relationships, and to make better impressions on others than people with low self-esteem. But objective measures disconfirm most of these beliefs. Narcissists are charming at first, but tend to alienate others eventually. Self-esteem has not been shown to predict the quality or duration of relationships.

Self Esteem vs Self Worth

I like to differentiate between self-esteem and self-worth. I argue here that self-esteem is the personal perception of how we think other people collectively view us – other’s judgements of us, and our acceptance of those judgements.

Self-worth, however, is posited here to be our perception of placing unconditional value on ourselves in relation to the universe, regardless of what others perceive about us. Ellis calls this “unconditional self-acceptance (USA)”.

If self-worth is the quality of being human – the life-force within each and every body – everyone has worth. It’s the worth of every living thing on the planet.

High self-esteem is also a heterogeneous category, encompassing people who frankly accept their good qualities along with narcissistic, defensive, and conceited individuals (Baumeister, et al, 2003). That is why I argue it’s important to differentiate between ‘self-esteem’ and ‘self-worth’.

Self-worth could be likened to a diamond – it’s within everyone. It’s the life force in everybody.

What makes us different is the egoic or narcissistic (“it’s all about me”) behaviours that take our focus off the diamond, and I call these egoic behaviours the “mud”.

If I become nearly completely self-focussed, as something fragile and vulnerable, then I may have to focus on protecting my ’self’. Narcissism deals with this distressing situation by putting on a mask, which then is revealed to the world as something wonderful. But if there is rejection by others, this cannot be accepted, and that person is then rejected and the world gets to see how badly that person ‘abused’ the narcissist. But I then will seek others who will provide approval to make me feel “good enough” again.

The mud is the social mask that we wear so that others see the mask – we try to pretty it up so that others think we are “good enough”. The more others like us, the egoic part of us then thinks: “Hmm I like who I am, because others seem to like me”.

Teenagers and Self Esteem

However, what teenagers seem to struggle with is this: there are all these groups out there – “some seem to like what I do, but others don’t! Even my parents, who in the past loved me unconditionally when I was little, now think I am a pain, they hate what I have become! I want to be with those who will give me acclaim, will like my behaviours, my personality, my skills, my way of thinking and my emotions. So there are going to be some people who think I am great – maybe I should align with them. Yes, they are doing things that a lot of others in society don’t like, but I am accepted by them all right”.

And that is important to teenagers – to be accepted by others, even more than finding the unconditional self-acceptance Ellis was writing about above.

Robyn Dawes, a psychology professor, wrote that Branden was false in arguing that “human distress can be traced to deficient self-esteem”, which Dawes describes as very biased rather than based on evidence. He argued in his book that there were too many “experts” out there (clinical psychologists, social workers, and even psychiatrists), attempting to treat emotional distress. But if they are not clear about what they are treating, he argues, how can they help aim for a positive outcome?

However, in my work in clinical psychology for over 20 years now, I have found that the lower a person’s self-worth, the greater the level of distress. So I agree with Branden’s argument, even though there is a slight difference regarding definitions.

Parenting Styles, Self Esteem and Self Worth

There are indications that parenting styles affect children’s self-esteem and worth.

It has been found that parenting styles come in three groups – Laissez-Faire, Autocratic and Democratic – and that the children of these parents have different experiences in terms of self-esteem:

It’s been found that the children of the democratic parents are the happiest, with the highest levels of self-worth, because the expectations are clear, reasonable, consistent and given with support and encouragement. Discipline is provided with consideration of the child’s opinions and individuality, even though the parents make the final decisions on matters of importance (Schiraldi, 1999).

In summary, there has been much research into self-esteem and self-worth and its development since Branden’s book in the 1960s.

Although there are differences in definition, it appears that it plays a significant part in a person’s level of confidence in dealing with difficulties and distress in life. The higher one’s feelings of self–worth (justifiable self-confidence and skill), and self-esteem (perceptions of how others view us), the greater our ability to work through and resolve life’s personal problems.

Parenting style and upbringing will assist a child to learn how to solve these problems, but more through coaching (support, guidance and encouragement) than through judgement, criticism and control of behaviours.

Searching for and finding the Diamond within, believing in one’s self-worth, may at least help us realise that there is value in who we are. And this undoubtedly will help us to manage distressing experiences.