Human sexual behaviours are normal, and usually based on love and the need for companionship and togetherness – however when the behaviour becomes excessive, obsessive, or addictive, it is known as hypersexuality.

As a result, sexual behaviour becomes impersonal and narcissistic, and starts to impact relationships negatively, not only in private and intimate relationships, but also those with other members in society.

Most even somewhat unusual or uncommon sexual behaviours (sex with animals or inanimate objects) have no effect on others. However when they become excessive and greatly heightened they can be devastating for not only the person, but also for others associated with them. These are then hypersexual in nature.

Hypersexuality can be an addiction that is distressing not only for those involved with this person, but also for the person addicted to excessive urges and behaviours.

Increasing interest in understanding and treating problematic hypersexuality necessitates the identification of its key predictors and suitable treatment targets if required.

A more potentially serious type of hypersexuality is paraphilia.

The DSM Library (the DSM is the Diagnostic Statistical Manual, the main authority for definitions and assessment details used by psychiatrists and psychologists) defines paraphilias as “intense and persistent sexual interests outside of foreplay and genital stimulation with phenotypically normal, consenting adults. A paraphilic disorder requires both the presence of a paraphilic urges and the existence of distress, dysfunction, and/or acting on the urges. The definition of paraphilia is broad enough that there are dozens, even hundreds, of identified paraphilias and paraphilic disorders, all of which are replete with ambiguity and controversy, but DSM-5 specifically identifies only eight: voyeuristic, exhibitionistic, frotteuristic, sexual masochism, sexual sadism, pedophilic, fetishistic, and transvestic disorders”.

Guay and PharmD (2009) stated that “Paraphilias are characterized by recurrent, intense, sexually arousing fantasies, urges, or behaviours, over a period of more than 6 months, generally involving nonhuman objects, suffering or humiliation of oneself or one’s partner, or children or other non-consenting persons. These fantasies, urges, and behaviours produce clinically significant distress or impairments in social, occupational, and other important areas of functioning”.

Many realise this is an addiction they cannot seem to get out of, or are told by close family or partners to seek help because of their problematic behaviours. Can you imagine the debilitating effect this may have on normal functioning, and the effect it has on other persons in their lives?

Those in the mental health profession, including medical practitioners who provide initial screening, need to be vigilant as to possible effects on society, children in particular, when this behaviour becomes paedophilic.

The medical and mental health practitioner’s main role is to provide care to the paraphilic patient and to reduce personal distress.

However, in cases of paraphilia associated with potential sexual offences, reducing paraphilic behaviour is critical to also prevent the potential sexual violence and the possibility for victimisation in society. 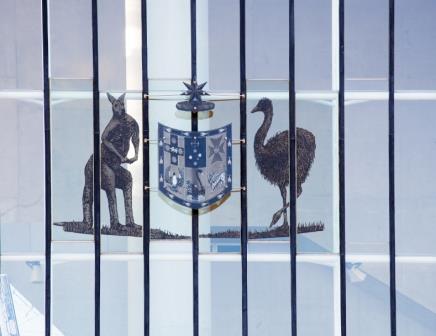 Thibaut (2012) discusses treatment from the viewpoint of common legal or forced treatments based on court proceedings and directives. But what if a person is not in a legal bind as yet, and realises that something needs to be done before it gets to this stage? Thibaut argues that “treatment for paraphilia should reduce or eliminate paraphilic fantasies and behaviours and decrease the level of distress of paraphilic subjects, permitting them to live a normal sexual life, it should not have significant side-effects and, most importantly, it should prevent the risk of acting out and victimization in case of pedophilia or exhibitionism, for example” (p. 298).

If hypersexuality means that a person is constantly obsessed with or addicted to sexual experiences to the detriment of other requirements for living a happy and functional life (work, cleanliness, diet, exercise, leisure activities, friendships, etc), then hopefully, treatment would assist them to reduce the obsession / addiction to this type of behaviour.

It would then seem important for treatments to decrease this high level sexual arousal and associated behaviours. Thibaut (2012) states that with hormonal treatment, “deviant but also non-deviant (if any) sexual behaviour and fantasies are largely decreased in most subjects. An explanation of the sexual side effects associated with hormonal treatment and obtaining informed consent of the patient are considered by many authors a necessary prerequisite”.

The requirement to have significant medical treatment may be imposed or coerced by others (eg by a court, or pressure from family, employers, or significant others). Thibaut argues that from an ethical point of view, the patient may be subjected to hormonal treatment only if all of the following conditions are met:

Can Psychotherapy be Successful in Treating Hypersexuality?

Addictions, or at least addictive behaviour, develop over time.

According to Psychology Today, an addiction is a “condition that results when a person ingests a substance (eg alcohol, cocaine, nicotine) or engages in an activity (eg gambling, sex, shopping) that can be pleasurable but the continued use/act of which becomes compulsive and interferes with ordinary life responsibilities, such as work, relationships, or health. Users may not be aware that their behavior is out of control and causing problems for themselves and others.”

When we indulge in an addiction (yes, everyone would admit to having some addictive behaviours where we rely on objects or activities – be it chocolate, alcohol, needing social activities, or being dependent on a partner or spouse), we gain a feeling of happiness and relief away from negative experiences and into an ‘escape’ experience. For example, as Duhigg (2012) wrote in his book The Power of Habit, studies indicate that most families don’t intend to eat fast food on a regular basis. The pattern slowly develops over time, and there were cues and rewards that most people are unaware of, and that strongly influence their behaviours.

A Question of Addiction?

However, the important difference for most of us is that minor addictions are not distressing or are not a condition that affects others detrimentally. For strong addictions such as gambling, drug and alcohol abuse, paraphilia / hypersexuality, these can and do affect other members in society, and therefore require urgent treatment hopefully before they become social issues.

One major problem with most addictions such as those mentioned above is that they are mostly secretive, and not perceived by others close to them until they do have an impact on society. 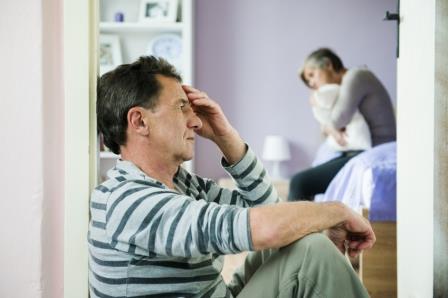 A study by Pachankis et al (2014) involved a sample of 202 highly sexually active gay and bisexual men completing measures of sexual inhibition and excitation, impulsivity, emotional dysregulation, depression and anxiety, sexual compulsivity, and a measure of problematic hypersexuality. Factor analysis confirmed the presence of three subscales: perceived sexual needs, sexual costs, and sexual control efficacy. They argued for the importance of developing treatment approaches that encourage adaptive appraisals regarding the outcomes of sex, and one’s ability to control sexual behaviour.

Witkiewitz et al (2005) stated that mindfulness based cognitive therapy has been effective in reducing alcohol and drug use and relapse prevention, but they were not sure at that stage they were effective for addictive disorders.

According to Pachankis et al (2014), addictions carry a high level of shame, perpetuating a cycle that actually works to maintain addictive symptoms. To numb shameful feelings, individuals further abuse substances, which then provoke more feelings of shame and humiliation. Those struggling with shame are motivated to protect themselves by hiding.

They argued that Acceptance and Commitment Therapy (ACT) helps clients struggling with shame, to recognise themselves as separate from their experiences and help them build psychological flexibility so they can live out their values and reach their goals.

In conclusion, hypersexuality and paraphilia are strong addictive disorders that have the potential to bring significant negative consequences to society, and considerable distress and shame to the person suffering with the disorder. Mindfulness-based cognitive training, including values training and dealing with shame, shows considerable promise as a treatment option. This knowledge, and database of successes, will surely grow over the years.