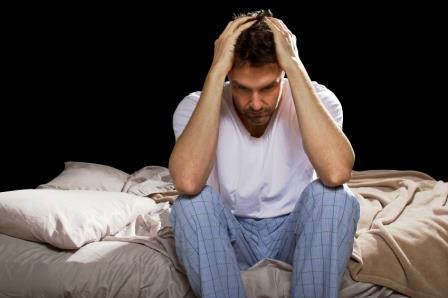 Acute Stress Disorder (ASD) is a condition which may develop following a trauma/traumatic event, and may also be referred to as “acute stress reaction”, “psychological shock”, or just “shock”.

There are various definitions of the word “trauma”. When used by medical professionals, it describes a physical ailment or injury; however in the mental health field it is used to refer to a particular event, or at other times, the psychological injury resulting from such an event.

What is Psychological Trauma?

Psychological injury (trauma) may occur when a person experiences, witnesses, or is confronted by, a traumatic event that includes some form of serious physical threat – for example, natural disasters such as flood or fire; sexual assault; physical assault; serious accidents; war and military conflict; etc.

It may be a one-off event, or something that has occurred numerous times. Regardless, the traumatic event generates overwhelming feelings of horror, terror or helplessness in the individual.

Obviously, exposure to trauma can cause significant distress, and have an immediate negative impact on the individual’s day to day functioning. However the majority of people are able to recover quite quickly, and do not go on to develop Acute Stress Disorder, or Post Traumatic Stress Disorder (PTSD).

Acute Stress Disorder and Post Traumatic Stress Disorder are very closely related: both can result when an individual has been exposed to some form of traumatic event; and they share similar symptoms.

The key difference is in the duration of the condition. Acute Stress Disorder occurs between 2 days and 1 month after the trauma; while a diagnosis of PTSD can only be made if the symptoms occur and/or persist over a month later.

There are a number of symptoms which must be present before a diagnosis of Acute Stress Disorder can be made. These may include:

Research demonstrates that the therapeutic alliance between the individual and their mental health professional is of critical importance to effective treatment for ASD/PTSD. Developing that alliance and rapport can obviously be much more challenging where trauma has taken the form of sexual assault or torture, and requires warmth and empathy as well as the expert skills of the practitioner.

Treatment aims to reduce both the symptoms, and their severity. Working together with you, your psychologist may formulate a treatment plan drawing from evidence-based therapies such as Cognitive Behaviour Therapy (CBT), exposure therapy and cognitive therapy.

If you or a loved one is struggling following any form of trauma, I encourage you to seek professional help.

Nicole Wimmer is a Psychologist with extensive experience in helping people with various anxiety disorders, including Acute Stress Disorder. While addressing current presenting issues with clients, Nicole also focuses on developing skills in the client to better equip them to deal with future challenges as they arise.