What is it like to be a gifted adult? Brisbane Psychologist Dr Amanda White explains …

Whilst there is no agreed definition for what giftedness truly is, Renzulli’s three ring definition (1978) provides a well-established model that explores gifted behaviours, as opposed to gifted people. Such gifted behaviour reflects the applied expression of interactions between the following three rings, or clusters of traits:

Those who either develop or are capable of developing gifted behaviours may require support and experiences not generally offered through standard child or adult learning models.

Gagné (2000) expands on this through a developmental theory termed the Differentiated Model of Giftedness and Talent, which assumes a person must have strong natural abilities to be able to systematically grow into gifted behaviours. Key factors can either encourage or discourage such growth: chance as well as environmental and interpersonal catalysts. Learning and practice moderate growth. To paraphrase Thomas Edison, Genius is one percent inspiration and ninety-nine per cent perspiration.

Capacity is expected to vary over the lifespan. Factors such as enrichment opportunities, substance use, mood, and stress may reasonably affect the expression of giftedness. How we as a society choose to educate and support each other can provide the pathways to cultivate gifted and creative abilities both now and in our later years.

Intellectual giftedness is classically identified through intelligence testing, such as the Wechsler or Stanford-Binet scales, where scores show performance significantly higher than the average person in the same age range.  Ranking would generally place a gifted person in the top two percent of the population; that is they score in the 98th percentile or higher. An overall intelligence quotient (IQ) of this calibre provides access to groups such as MENSA, which aim to foster a forum for intellectual debate and growth.

It can often be the case, however, that a person exhibits exemplary specific abilities rather than general high ability. In fact the overarching model has shifted away from the early-mid twentieth century unitary paradigm towards multifaceted approaches.

Although intelligence testing is a common example of categorisation, taking other characteristics such as creativity, motivation, and positive self-appraisal into account may provide a more effective evaluation of giftedness in adults.  For example, there is much interest in relationships across abilities, not all of which may be termed intellectual, such as the frequently noted interrelationship between academic ability with leadership and/or creativity, such as artistic or musical ability.

Characteristics of Gifted and Creative Adults

Study of those considered to express gifted behaviours have suggested some attributes held to be common within the group:

As noted previously, capacity can vary over time, so giftedness may appear evident at certain stages of development and not others. Childhood development may not obviously indicate adult ability. For instance advanced early verbal and reading skills may be a hallmark of giftedness for some, but language may be substantially delayed for others, especially those who demonstrate exceptional innate analytical skills. Albert Einstein, Richard Feynman, and Edward Teller are examples of gifted adults with delayed early language development. It has been suggested that comparative developmental delay fosters innate abilities in other domains during early childhood. 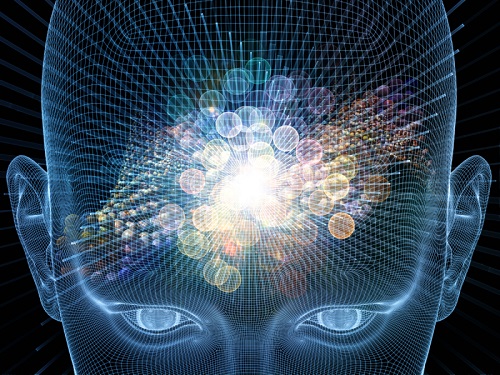 Strong creativity and giftedness come with a slew of challenges. These may be mediated by a range of unique internal and external factors. We will take a closer look at the inter-related areas of perfectionism, isolation, and achievement. Interestingly, these challenges can benefit the development of an ability, but if left without a healthy channel then deterioration in functioning is noted to occur.

Achievement: Over a lifetime of attainment, accomplishment cannot always be equal to ability. When it comes to achievement, firstly, a person with the potential for gifted behaviours may not realise they have this potential. Belief regarding capacity can change approach behaviour, limit enrichment opportunities, and a person may re-norm to their peer group to minimise social challenges. Those who were early identified as strongly creative or gifted may experience the problem of entitlement and show lower work ethic, given early achievements were won perhaps without structured skill development, effort, or persistence. Underachievement can also arise as a consequence of factors such as depression, anxiety, self-sabotage, substance misuse, or the negative social consequences from being seen as “better than” others.

Perfectionism: Perfectionism can frustrate and inhibit achievement. A common mechanism of unhealthy perfectionism is development of a cognitive distortion linking self worth to perceived achievement. As day to day achievements or output leading to an achievement rarely meet a very high, internalised, potentially unobtainable standard, both the work and the self can be viewed negatively. This cognitive distortion may be socially reinforced eg teasing, bullying, excessive praise.  Over time, outcomes may include shame, guilt, procrastination, performance anxiety, self doubt, and depressive symptoms.

Isolation: Finally, isolation presents a central challenge in creative and gifted persons, given their ability drives separation from others in at least one domain. There is an interesting question as to how much the challenges of high ability leads to isolation compared to social prejudice towards a) difference and b) high achievers. For those without a network of understanding or similar peers, the psychological punishment of isolation can derail gifted behaviours. To avoid isolation, gifted behaviours or traits may be socially masked and/or devalued. As genuine, quality social support is a key factor in the maintenance of healthy self concept for adults, overcoming isolation can benefit overall functioning and potentially mediate issues in achievement-orientation and perfectionism.

What happens when giftedness is masked by other issues? Twice-exceptional is a term to describe those with the ability to express gifted behaviours, but who also experience some form of disability, such as a sensory impairment (eg auditory, visual, sensory motor deficits), learning difficulties (eg dyslexia), and/or attentional deficits.

Here, both the identification and facilitation of ability can be a complex issue. This may be because giftedness allows the twice-exceptional to compensate for deficits, or because capacity is mis-estimated due to the identification of a disability. The following attributes are worth considering when evaluating the potential for being, or advocating for someone who may be, twice-exceptional:

Amanda is not currently taking bookings, however, we have a number of clinicians available for bookings. To make an appointment please visit our webpage here to learn about our highly qualified clinicians, or call M1 Psychology Loganholme on (07) 3067 9129.