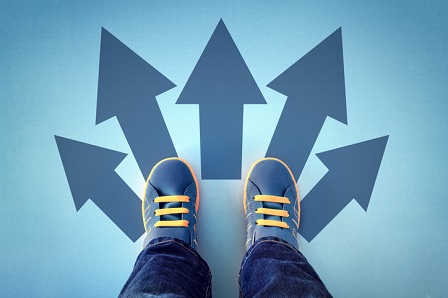 It seems that there is mounting pressure on our young people from an ever earlier age, to decide on their future career.

Despite this, it seems we spend a lot of time and money planning and researching life events (especially social ones!), ranging from holidays to weddings; purchasing the newest laptop/smartphone and the like.

But how much time and effort do we put into analysing the kind of career that would make us happy, and last across several decades – or even one decade – in our future?

In my experience as a psychologist, I have found that any wrong avenue taken, or any serious delay in finding out the best working environment for a young person, means wasted time going from job-to-job, changing study programmes and in general introducing instability into life.

Also due to the financial rule of compounding interest, any income lost or foregone in early years for superannuation means large sums of annuity (income) lost in later years.

One of my most satisfying roles as a psychologist is in offering career guidance and support to clients of all ages.

I would like to offer a memory of when such career counselling proved so very valuable to one of my teenage clients. The one I have in mind I will call Thomas; he was a bright lanky 15 year old in Year 10.

When I met Thomas he had a great reluctance to share his feelings, on top of the usual reticence to talk found in many developing adolescents. He wasn’t eating a lot, spending most of his time on the computer late into the night and early hours of the morning. He was lethargic, sullen and uncommunicative with family and friends.

Going through divorce proceedings, his parents had been too busy arguing to attend to Thomas’s needs. He had transformed from a happy but quiet boy, to being sullen, aimless, depressed and not wanting to finish high school. Added to his dilemma, both his hard-working parents were putting pressure on Thomas to attend university.

Worried about his son, Thomas’s Dad bought him in person to my office. I am happy to say rapport and trust between Thomas and myself (an important factor in any counselling) was there from the get-go. This made it a lot easier to help Thomas to open up about his life’s dreams, access why he was feeling depressed, and uncover his best working environment, as we worked together outlining a plan for him to move forward to a life that would make him happy.

Why Career Counselling for Teenagers is Important

The best working environment and career choice, is as unique as each individual. Some of us do our best working on our own in a laboratory, whilst others may flourish on the stage in front of an audience. Some do best in groups, while others do best solo. Some value monetary rewards, other simply helping others. Finding the key to how best you will enjoy your working life before you start on a course of study, sets you up for life. Although this can be done at any age, I find it is most beneficial during the early and middle teen years.

Experienced by Thomas (but unrecognised by his parents), was the parental pressure to attend university, which only added to the anxiety he was already feeling about his parent’s divorce. Although a very bright boy, Thomas was not an academic in the way his parents were. So Thomas had really two knots to untie:

So our sessions together involved not only exploring different career pathways, but also various aspects of his experience of being the second youngest sibling in a family, whose parents were separating after many years together. Not easy work.

Painful emotions and extreme beliefs were uncovered and dealt with via various psychotherapy remedies (these, such as Acceptance and Commitment Therapy, are explored elsewhere on this website).

But more importantly, the release and reprocessing of these emotions and beliefs enabled Thomas to focus on what he needed to do in terms of career exploration.  Thomas came to a much more mature view of his feelings, and began to enlist them to motivate himself to move on.

This paved the way for our career exploration work.  Thomas was now able to focus on the tasks related to career counselling, including personal journaling, personality checklists, card sorts, career matching instruments, as well as my motivational interviewing.

After about four weeks together Thomas and I found that he would be best suited to something using his math/logic abilities and his handyman skills (the latter being overlooked by both his parents in their eagerness for their son to follow in their footsteps). A ready-made and well understood route to this would be via an electrical or electronic trade.

I am extremely happy to say that not only did Thomas top his TAFE course for electricians, but his high school allowed for concurrent studies; thus Thomas finished his course in record time.

I also met his father approximately seven years after our very first appointment and was even happier to find out that after Thomas completed his apprenticeship he continued working, saving enough to take a year off to go around the world. Upon his return to Australia he enlisted the help of a business coach to help him set-up his own business … and the rest as they say is history.

Just as important as the material gains, I would argue that the angst/anger Thomas suffered whilst floundering in school was largely dissolved by the “C” word – Commitment. Thomas’s Commitment to finding a happier life was fast forwarded by his commitment to confronting his own feelings of being lost and abandoned.

This is just one of many positive stories that can be told. Career coaching and counselling is a process of working and exploring with a client to assess their knowledge, skills and abilities, their likes (and dislikes), their dreams and general attitudes toward work. It is a journey that even when started with family baggage, as Thomas’ example has shown, can lead to substantial gains in a young person’s long term happiness and future financial security.