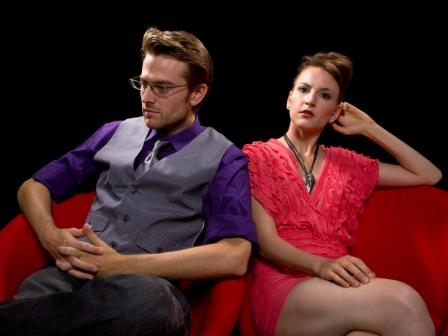 By the time that most couples come to see me – or any other relationship therapist – for help, they are a long way down the track to a broken relationship.

It is rare to see a “happy” couple who come for help in making their relationship better, or who want to focus on developing skills in preventing difficulties later on. Mostly, we will see couples whose troubles have started years ago. Indeed, more often than not the difficulties that they are having are based in patterns of relating and communicating that were present at the very start of the relationship.

Attachment patterns are critical to the development of core beliefs and values about fundamental issues of safety, trust and survival. Our basic certainties about who is safe, what is safe, who can be trusted, whether we are at risk and what information we will use to make these judgments, is formed through the history of our attachment relationships.

Once we reach adulthood and begin to form relationships with other people, we bring to that endeavour a foundation of deeply ingrained, and largely unconscious, fears, certainties, beliefs and values which we use to evaluate and judge our safety and wellbeing through relationship cues. Given the enormous variety of experiences that you and your partner will have had as you have grown to be whom you are, and given the basic survival issues that are inherent in relationship patterns, there is fertile ground for couples to develop both deep love and commitment – and deep distrust and fear.

Frequently a couple will come in to therapy because one partner is ahead of the other on a journey to separation. More often than not it is the woman in an opposite sex couple who is some 12 months to 2 years ahead of her partner, in coming to a decision that the relationship should end.

Generally, the decision to seek counselling is part of a last-ditch effort to “save” the relationship. The partner who is bringing the couple in to counselling will have suggested professional help well before the couple show up. The other partner will have refused, promised that they will change without help, or insisted that the couple can “do it themselves”. The journey for the most concerned partner will have been similar to a grief experience. They will have engaged in distress/shock, anger, disbelief/denial, bargaining, and ultimately resignation to an inevitable end.

How Relationship Counselling can help

None of this means that relationship therapy will not help the couple to stay together. It just makes the process harder and longer-term, depending on where both partners are on the journey in the relationship, on what attachment patterns are being played out, and on what their core patterns of communication and relating are within the relationship.

Sometimes the goal will not be to stay together, but rather how to separate in the most respectful and civil manner. If this becomes the intent of therapy it can be incredibly difficult, as the hurt and grief of the ending of a relationship is worked through by one or both partners. These emotions can be so raw and painful that people’s abilities to contain and soothe themselves are overwhelmed. The job of therapy becomes containment and support until one or both people are able to look after themselves again.

Either way, working on a relationship in therapy, whether to build it up from a difficult position – or to get to a point where people can agree to go their own ways – is worthwhile.

I often think that the partners that we choose provide us with the difficulties and challenges which will help us to grow more fully in to the person that we can become. The conflicts and hurts in a relationship are the result of the threats that we feel to who we fundamentally are at that point. If we can tolerate the harm that we feel is being done to us, we have an opportunity to manage and fine tune our basic relational needs and attachment patterns in order to become more resilient and resourceful. It’s a rough process and one in which we all too frequently fail. My job, as a relationship therapist, is to help to identify the threats, explore their foundation, and discover other ways of understanding what might be happening. This is a tough job as it is done in a highly charged situation under emotionally fraught circumstances.

One of the things that always surprises me when I am with couples is how quickly they communicate. I shouldn’t be surprised as it happens within every couple and family that I have ever seen. But it is a striking and remarkable phenomenon. It is something that gives truth to the belief that as couples live together longer they end up finishing each others sentences. When people have been together, even for a short while, they build up patterns of communicating and relating that are based on their shared history. Much of their relating to each other is redundant, it has happened in the same way with the same words and gestures, with the same intention over and over again. So, of course, they develop shorthand ways of patterning their communication.

Much of this is unconscious and non-verbal. Even the couple themselves are not aware of their rapid communication strategies. Often a fight or argument feels new because although it is the same stuff over and over again, perhaps with a new content, the sharp and intense emotions make it as meaningful and as threatening as the first times when this was happening.

The reason that couples can become stuck in a repetitive pattern is that the issues threaten them at the basic level of relational and attachment needs. Simple and trivial matters become the basis for arguments and disagreements which express basic fears and hurts, at the foundation of each person’s way of being in the world. No wonder that a disagreement about putting bins out can become a relationship breaking dispute that sometimes grinds on for years!

John Gottman, a researcher in the field of couples relationships, has identified four patterns in communication that drive relationships into more and more negative patterns.

Each of these can be understood as one or other side of a blame/attack-defend/explain pattern cycle. Such cycles are common in any relationship and, in general, can be worked through when parties have trust, goodwill, good communication, and a sense of fair play.

Where couples have developed distrust, use unfair fighting tactics, or have poor communication patterns, these negative patterns of communicating around conflictual issues will arise.

Criticism is of course part of any relationship. However it is important to distinguish between “normal” complaints (Argh. You’ve left the toilet lid up again!), which tend to be specific to a situation, and more personalised criticism (You left the toilet lid up! Again! You are such an idiot. You’re like a kid! I’m always having to clean up after you! I’m not your mother!) The cause of the complaint may be the same, but in relationships where there are entrenched problems, the tendency is to attack the person rather than dealing with the cause.

Contempt can be anything from hostile humour to eye-rolling, sarcasm, mocking, or any other means of communication that expresses disgust with your partner.

It is the one form of communication pattern between partners that best indicates serious trouble in the relationship. The behaviour is demeaning to the other partner, and makes conflict resolution very difficult because it is hard to commit to creating a solution to a problem if the partner feels attacked and belittled. This sort of communication is a big red flashing light in relationship therapy. It usually indicates a relationship full of long-standing negative feelings that have not been addressed. Unless those feelings can be addressed and worked through, the marriage is unlikely to survive.

A natural reaction to feeling criticised or treated with contempt by a partner is to respond defensively. But in a relationship, defensiveness has major negative consequences. Being defensive indicates that you think you’ve done nothing wrong, that it’s not your fault, that the other person (or someone else) is to blame. It leads away from apologies, repair, and reconciliation into more of a blaming cycle. A pattern of attack/defend pulls partners apart, making it more likely that they will blame, criticise, and demean each other. It blocks the possibility for couples to work with each other more reasonably in trying to understand each other’s feelings.

This approach to conflict often occurs later on in relationships. More frequently than not this is a pattern that is most common to men.

Stonewalling is a reaction to frequent, long-term conflict in a marriage and involves a radical withdrawal from the other partner. Rather than getting caught up in conflict, the stonewalling partner checks out emotionally and (often) physically. The stonewalling partner tends to behave as though there is no argument happening. They avoid confrontation and conflict by avoiding being around their partner. They respond mildly and unemotionally to intense conflict. They essentially take a radically passive and avoidant approach whenever an argument develops. Rather than dealing with issues and trying to find solutions, couples in this sort of pattern become stuck in a frustrating chase and retreat.

One of the primary objectives in relationship therapy is to identify these patterns of communication, and help couples to try out different and more respectful ways of communicating. This is more or less difficult depending on the amount of conflict, how long the couple have been in conflict, and whether there is a basic goodwill to attempt to make a change. But, if there is a commitment to doing things differently, relationship therapy is remarkably effective.

It can be tough and traumatic work, but the reward of helping people to flourish rather than wither is well worth it. After nearly thirty years of working in relationship therapy, I still find it fascinating and deeply satisfying, despite the fact that it can also be heartbreaking when I am unable to help.

Dr Alistair Campbell is a Clinical Psychologist working with individuals, couples and families.  He particularly enjoys working with couples, and assisting them to develop more satisfying and enriched relationships; or to help them work through the difficult issues that come with a decision to separate.