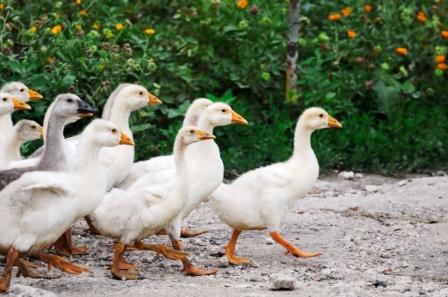 Are you concerned that somebody you know is involved in a group which may even be classified as a cult? Dr Amanda White psychologist explains how you can determine if there is reason for concern …

What is a Cult?

A cult is a group of people that adhere to an unusual rule system, which can give rise to members expressing and accepting different beliefs or behaviours, potentially to the exclusion of commonly held beliefs or behaviours. It can be difficult to detect the line at which a group diverges enough from the norm to be considered a cult. In this way, the term can be controversial.

Due perhaps to the publicity surrounding certain groups, the cultural idea of what a cult is often infers a religious congregation. However, there are many formal or informal social groups that meet the definition of being markedly different from socially normative practices. A cult may be quite small, even limited to a dyad of two persons where one of those persons takes a leadership position.

It may be worthwhile to consider that cults exist on a continuum.

Whilst certain cults are clearly dangerous, some groups may in fact be benign or even beneficial to an individual. It may be strange to consider the idea of benevolent cults. However, certain persons may find a divergent group better reflects their personality or needs.

The term “cult” in our twenty-first century setting attracts negative connotations, perhaps because of mass media focussing on dangerous cults or perhaps because it is socially threatening to detect difference. The term “cult” may now represent a form of prejudice, similar to derogatory slurs based on sexuality, gender, or race.

If you are concerned with someone’s involvement in a group, it can be useful to firstly ask whether there are any concerns with behaviour outside of mere affiliation with a new or divergent group.

As an exercise, it can be useful to take out the cult factor and reconsider what is happening, thinking as if this person is (or persons are) not involved in a cult; perhaps by drawing a list of exactly what behaviours are troubling you. Labelling the group as a cult may in fact be secondary to identifying whether there are manipulative or harmful psychological practices affecting this person.

Cult deprogramming might be a well known way to force someone to exit a cult, but it is certainly not advisable therapeutically. Classic deprogramming methodology includes practices that are abusive and illegal, e.g. abduction, coercion, violence. Cult deprogramming has been largely discredited as counterproductive, ineffective, and potentially harming the relationships between a cult member and their loved ones. Opening the door to more trauma is not the same as recovering from trauma.

Let’s discuss effective options for moving away from cult experiences. It can be helpful to remember at the start that people rarely enter a cult environment knowingly. They can find themselves out of depth over time, isolated and struggling with abusive segregating relationships, and dealing with the conflict of hearing these relationships labelled in the cult community as caring, supportive, or even loving.

Therefore, in cult recovery having a trusting and supportive relationship with the therapist is a priority. This relationship may be strengths focused, based on an education framework, and aim to reconnect confidence in critical thinking skills.

Given the misinformation of cult groups, effective treatment can challenge this by asking a client to develop a more transparent understanding of what a cult is, to assess the often deceptive nature of cult-related harm, and develop strategies to rebuild social and personal confidence outside of the group.

Engaging in the process to heal from and move beyond a cult experience can seem daunting. This may seem particularly true at the start, but can also be evident across recovery as insight and awareness grows along the journey away from abusive relationships with specific groups or people. Recovery ultimately means resilience, rediscovering purpose and self-identity after the cult.

Amanda is not currently taking bookings, however, we have a number of clinicians available for bookings. To make an appointment please visit our webpage here to learn about our highly qualified clinicians, or call M1 Psychology Loganholme on (07) 3067 9129.