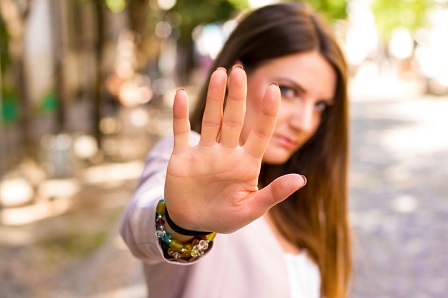 Can narcissism be treated and therefore unlearned? And what are the best ways of dealing with narcissistic personality disorder?

As we learnt in Understanding Narcissism, one of the narcissist’s main aims is to control another’s behaviours in a bid to get what he or she wants.

Of course this is usually unpleasant for us, because it takes away our personal liberties and freedoms.

But if we try to change a narcissist’s behaviours, aren’t we doing the same? We will be trying to alter his or her behaviour so that we feel better. That is exactly what they are trying to do with us, and everyone in their life.

One of the greatest difficulties in dealing with narcissistic personality disorder, is that strong narcissists firmly believe that THEY are NOT the problem – “OTHERS are the problem, and THEY need to change!” So they will continually point out all the things wrong with others in their lives, and will only accept those comments from others who support their view, that they are obviously correct.

So, one of the first steps to take when dealing with narcissism or bullying, is to know how to cope with it, and attempt to defuse it by being peaceful ourselves. It is much easier to change our own behaviour than trying to make another change, especially if that person is a narcissist.

Techniques for Dealing with Narcissistic Behaviours

It’s important to ensure that you, and all of those in your care, are safe.

Determine truthfully and clearly whether the other person has been or may become physically violent or abusive. If this is affirmative, you will need to remove yourself (and others if necessary) to a safe place. Calling the police may not always be an option if violence has begun. But if that is possible, do so.

If urgent actions are necessary, have a “go bag” hidden that contains important belongings and a change of clothes. Grab this bag and remove yourself from the house.

If this behaviour has been building over time, hopefully you will also have set up help lines or persons you could call to ask for assistance. It might take the police a little while to arrive, so others might need to be more accessible.

Assertiveness training with “juvenile delinquents” (not a term we hear much anymore) – has been shown (Marohn, 1985) to help them to understand there are better ways to interact with others, and in a way in which they get more of their needs met. But this training requires the non-narcissist to model assertiveness and boundary setting. It takes considerable understanding and empathy from this person, and enough assertiveness skill on the part of the person or therapist, to be a model for the narcissist.

There is an assertiveness training program which assists any person to be able to express their feelings, their needs, and their preferences non-violently or aggressively (Non-Violent Communication or NVC by Rosenberg, 2003). It references Mahatma Gandhi’s famous quote: “unless we become the change we wish to see in the world, no change will ever take place”.  The motto of the narcissist in all of us may then argue, “Yes but let’s wait for the other person to change first”.

Non-violent communication (or compassionate assertiveness) is about adopting positive attitudes to replace the negative attitudes that seem to dominate us.

Most of what we do is conditioned by selfish motives…what’s in it for me? This is more so in an overwhelmingly materialistic society that thrives on rugged individualism. We perceive relationships in a new light when we use NVC to hear our own deeper needs, and those of others.

Through its emphasis on deep listening – of ourselves as well as others, Rosenberg argues that NVC fosters respect, attentiveness, and empathy. In the end, that will give us the very thing we are trying to achieve anyway, much easier and faster, than when we use aggressiveness or submissiveness, which usually leave us feeling unsatisfied and frustrated.

Values based training is another way which can be used to assist narcissists achieve what they want. It is an important part of Acceptance and Commitment Theory / Therapy (Dr Russ Harris – see www.actmindfully.com.au ).

However, the secret is not to IMPOSE values onto narcissistic personalities, but to ask if their behaviours in the past have given them what they want? If not, are they willing to look at their values that they could work towards?

At least some of their values would incorporate domains where they would be interacting with others. This will require setting goals and action plans, using small achievable steps towards achieving the goals, and always in line with their values.

One of the values to incorporate is that of forgiveness. Rather than judging or accusing, has the aggressor ever tried to forgive someone for their mistakes, or been forgiven themselves?

This may be used in conflict resolution. It could incorporate the use of a soft toy as a symbol of agility and flexibility. This then indicates, “Okay, this lets the pressure off completely, and allows for sanity to return to any relationship.” Whoever holds the soft object has the floor to say whatever is needed, while taking complete responsibility for his or her own thoughts and feelings.

Forgiveness can take many forms, but “I’m sorry” is a good start, although abusers may apologise after being abusive and make no real deep and meaningful changes. That’s when values and action plans need to be set to enable the aggressive and frustrated feelings and behaviours to be linked to needs that aren’t being met. It’s most likely that these needs may have to be adjusted in line with values and action plans that are agreed by both parties.

Narcissists or those addicted to using narcissistic behaviours will always assume that people in their surroundings will be afraid of their aggression or power. Their aim is to belittle and cower others so that they can get what they want. Often it is satisfying to the narcissist, to just see the other person shrink under their power (which is often their ultimate desire for the narcissist – to see that they are more powerful than others).

So when someone stands up to them they may step back in surprise. My son has a black belt in Japanese karate. He was involved in a road rage incident, where the other man decided to try to cower him, and who indicated to him to pull over. When my son pulled over and got out of the car, he asked the man in an assertive tone, “Why did you do that? I have my daughter in the car and you were endangering everyone!” The other driver thought he could belittle him, and didn’t expect such an assertive tone, and got back into his car and drove off. My son did not have to use his karate skills at all.

In relationships, when one partner begins to verbally abuse the other, one mistake is that the one taking the abuse begins to verbally return the attack in response. This then starts World War 3 – with missiles flying from both sides. What do you think the narcissist will do? He or she will start to use even greater force, because he or she does not want to come out second best.

The best way to stop this from happening is to remain calm, to empathise with the other, and to use “STOP”, firmly, with your hand up. Say to the other, “I understand you’re hurting right now. So am I. But I will not accept abuse from you. I will walk away now (or put the phone down), and come back to you when we can speak calmly, civilly and rationally.”

Narcissists will continue to badger their ‘victims’. However, recipients of narcissistic abuse need not continue to take it, and can tell the abuser, as mentioned above, “If you keep abusing me, I will leave. And if you continue to do it, I will leave permanently. Is that what you want?”

As Carter writes, people who find themselves in regular contact with a narcissist typically struggle with two common emotions:  fear and anger – and both of these are strongly related.  The fear might take the form of insecurity or anxiety but it is most commonly displayed as defensiveness. The anger can show itself through rage or aggression, but it most likely is manifested in an ongoing battle with frustration, impatience and a sense of futility.

The term ‘delicate’ means that your resolve to be independent need not be accompanied by a spirit of haughtiness or combativeness. The narcissist is likely to feel offended when you choose not to comply, yet that is not your problem to solve.

If you can maintain a calm, deliberate manner, free of defensiveness, you can make the choices that are best for you, knowing that you are not obligated to debate those choices with the narcissist in your life.

The problems occur when the ‘victim’ has few other options available for removing themselves. Then they need to reach out to others (family, government departments, nonprofits, or the police); or it may be that the aggressor is removed instead. Hopefully it will never come to that if all the techniques above are worked on first.

In summary, there are a number of ways of dealing with narcissistic personality disorder.

As was discussed in Understanding Narcissism, narcissists learn that the world does not necessarily revolve around them, nor accept their ways and behaviours. And so they will try their tactics with people who are the most vulnerable (partner, spouse or children, or others in their life).

Bottom line is that they, like everyone on the planet, are needing and possibly calling for love. They just don’t know how to get it or find it. Which is quite sad, isn’t it?

So others, who might be wiser and who find that strength and confidence in themselves, can attempt to show them, hopefully through some of the techniques I have outlined here.

There is a wonderful saying, “Love will find a way” from the Lion King movie – that asks the sad narcissist to join us in creating a different world, one where there is forgiveness, togetherness, and love:

I know love will find a way, anywhere I go.