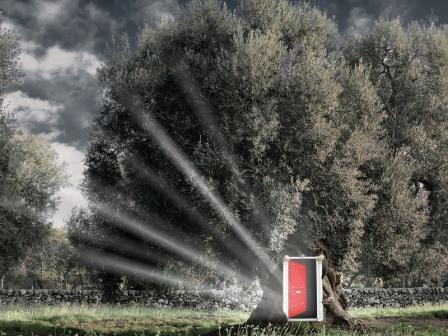 There has been a remarkable and continuing growth in interest about the relationship between spirituality and health (physical and psychological) over the last 15-20 years.

Masters (2) has identified an increasing trend of publications from 1995 to 2006 which explore the religious and spiritual in relation to health.

This growing interest in, and professional recognition of, spirituality and psychotherapy has also been noted by other commentators and reviewers. Post and Wade (4) have suggested that there is an increasing interest, for clients and therapists, in allowing the sacred into the consulting room.

What is striking about this trend is that it parallels nearly exactly, the growth in the dominance of the techno-rational approach to psychotherapy.

Mindfulness has been defined as the “… awareness that arises through intentionally attending in an open, accepting, and discerning way to whatever is arising in the present moment”(5).

Shapiro suggests that mindfulness is both an outcome (mindful awareness) and a process (mindful practice). She defines “mindful awareness” as an awareness or presence of mind that involves a “deep knowing” which leads to “freedom of mind”. “Mindful practice” is identified as a systematic practice of “… intentionally attending in an open, caring, and discerning way… ” which requires a knowing and shaping of the mind.

One of Shapiro’s concerns is to emphasise a requirement to better define the idea of “mindfulness” before it can be properly integrated into Western psychology.

Her concern is to identify how the esoteric (non-conceptual, non-dualistic and paradoxical) idea of mindfulness can be translated into a language that clinicians and scientists can understand. By this she means that it is important to reduce or remove the spiritual basis of mindfulness, in order for it to be accepted within the techno-rational framework that presently dominates the field of psychotherapy.

Her position seems to be that if it is possible to define mindfulness as some rational/cognitive activity, then it can be taught more easily to people. This is the standard position of positivistic science, that phenomena must be reduced before they can be understood. The difficulty with mindfulness, is that it is foundationally a spiritual practice which is based in a non-conceptual and paradoxical understanding of “mind” and experience.

Problematically, “enlightenment” is not a rational conceptual notion. It does not involve “understanding”, “knowledge”, “awareness”, “insight”, or any of the activities of the mind that we commonly understand to be good. Such activities involve the “grasping for” or “seeking of” enlightenment and, by their very nature, constitute barriers to enlightenment.

Ultimately, enlightenment is a state of mind that goes beyond the conceptual and cannot be achieved through rational means.

Mindfulness practice is traditionally based on a foundation of paradox. It is not possible to understand “mind” without knowing “no mind”. The various koans, teaching tales, sutras, and poems of Buddhist tradition are not meant to be wisdom but puzzles and challenges that may sufficiently confuse a person that they spontaneously let go of their conceptual existence. As it is said: “It is simply your flawless, present awareness, cognizant and empty, naked and awake” (HH Dalai Lama, in Rinpoche, 1992).

Does the legitimation of mindfulness as a psychotherapeutic practice require the removal of the spiritual dimension – secular mindfulness?

The argument seems to be that the practice of mindfulness will only be acceptable if it is transformed into a secular practice.

What if, however, the “active ingredient” of mindfulness practice is not the practice itself – but the undertaking of it with a spiritual focus? In trying to make the non-conceptual conceptual it seems entirely likely that the essence of the practice is made absent and, therefore, of less value.

This is interesting insofar as the effect sizes are no better and no worse than most of the published research on efficacy of various psychological treatments. So, there’s no particular reason why one would adopt a mindfulness approach over any other.

I do wonder, however, whether a mindfulness approach that is practiced from within a spiritual frame, with the aim of achieving something more than symptom relief, might be more effective?

One study (7) compared meditation conducted in a way that was consistent with a spiritual belief system, to meditation that was essentially secular and a relaxation control group. The spiritually focused group had significantly more positive outcomes, showed significantly lower stress response in a pain-stressor test, and tolerated pain for a significantly greater amount of time than both the secular meditation and the relaxation groups. Although such a study cannot be considered as conclusive, there certainly does seem to be some support for including the idea of the sacred in teaching and working with a meditative practice.

One question that is worth pondering is why these non-rational and esoteric practices (mindfulness, ACT, meditation, etc) are increasingly popular among therapists? I think that part of the answer may be that most therapists are not techno-rationalists. The majority do not believe the idea that certain technical activities have been “proven” to lead to “reliable” change.

Facts and Feelings in Therapy

Most people are drawn to become psychotherapists because they are feelings based, and are more likely to be high on creativity and artistry than anything else.

Yet, at the present time, the practice of psychotherapy is dominated by ideas that are essentially anti-creative. The common understanding (spurious though it may be) is that “good therapists” will follow a manual that someone else has developed, with little or no deviation, and deliver words, ideas, teaching notes, and skills development at clearly defined points in the “training”.

The current climate is one which promotes the “expert” clinician as a trained technician able to implement procedures and practices not of their own making. The individuality of the therapist is to be eschewed as “error” (in both the statistical and ethical sense) which should be minimised as much as possible. Most therapists know, or intuit, that this conceptualisation of the task of therapy is wrong and inadequate. But, there is sufficient force to these ideas that many therapists feel compelled to enact them – but, most probably, not to feel them in their souls.

Mindfulness offers a possibility for therapists to become engaged with the client in some deeper and meaningful way simply because it allows the introduction of the non-conceptual, the esoteric, the mysterious. Attempts to make mindfulness a rational practice serve to exclude the mystery. A degree of mystery, however, is inevitable since it is not possible to properly describe mindfulness without using non-conceptual terms. What a relief this must be for many therapists: to be able to talk to clients about an attitude to mind and existence, that allows for paradox and mystery.

One of the things that you can’t get away from is that mindfulness originates in spiritual practice.

The primary practice of mindfulness is related to meditation. In particular, it relates to the meditation on mind. Underlying this is the notion that mind constructs the reality and the experiences that we all have. There is a complicated framework of mind that is proposed in Buddhist philosophy, where the contents of mind are the source of suffering in humanity, by virtue of the habit of trying to grasp the ideas, the notions, that occur in the mind as permanent representations of an external reality.

Mindfulness as it is currently promulgated is identified as almost a subset of cognitive behavioural intervention. It is assumed that people can be taught the process of meditative disengagement as a “skill set”. Within the cognitive behavioural framework patients are socialised into a particular way of thinking which is thought to be the “active ingredient”. Yet, within esoteric traditions it is the cultivation over many years of a habit of mind that is actually the “active ingredient”.

Many proponents of mindfulness identify that it is important to eliminate the idea of spirituality in relation to the practice of mindfulness, partly because it takes so many years before people are able to engage in deep meditative practice which might lead to transcendent experiences.

As it is presented, the modern application of mindfulness is not about achieving enlightenment. It is focused on the control of thoughts. Thus, it is not the intention of a mindfulness approach in psychotherapy to direct or lead people into a fundamental change in the way that they experience the world.

Rather, it is the teaching of a skill for controlling the way that people experience their own thinking. I can’t help thinking that by pursuing this line, that an essential aspect of “mindful awareness”, and the benefit it confers, is lost. 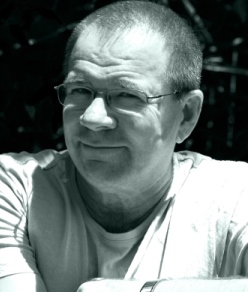 Dr Alistair Campbell is a Clinical Psychologist working with individuals, couples, and families. He is trained and experienced in a wide range of therapies including Narrative; Systemic; Solution Oriented; Narrative; Cognitive; Behavioural; and Hypnosis approaches.