Sadly, domestic and family violence is a reality in Australian society, although it is not something we want to talk about.

However when we look at the damage it does to our families and future generations, we realise that it is an issue that needs to be discussed and addressed at every level in our community.

The idea of domestic violence was first recognized in Australia in the 1980s and has evolved to become a criminal offence which can lead to jail time for the perpetrator.

In Queensland, domestic violence legislation includes people in relationships of the opposite gender and the same gender, engaged couples, persons in de facto relationships, and those who are married. Until just a few years ago, domestic violence was largely hidden, but is now receiving national attention (5), with recent high profile cases including:

Domestic and family violence is  defined differently when it comes to the laws in each state and territory in Australia; it is grouped in the wider context of all violence.

When we mention family violence, it refers to all forms of violence between family members, including current and former sexual partners. It is interesting to note that family violence is the preferred term amongst Aboriginal and Torres Strait Islander people, because it encompasses the notion of violence in kinship and extended families.

Domestic violence is viewed as a subset of family violence, and is used to described abuse between current and former sexual partners, where one tries to have power and control over the other,  normally by means of fear (2).

As an issue which affects all ages and all socio-economic and demographic groups in Australia, family and domestic violence is a major health and welfare issue across the nation, with the majority of the impact on women and children (2).

The following statistics are from the Australian Bureau of Statistics 2017:

The people mostly likely to be on the receiving end of violence are: Aboriginal and Torres Strait Islander women, young women, pregnant women, women with disabilities, women experiencing financial hardship, and women and men who experienced abuse or witnessed domestic violence as children. Statistics show that family violence is higher in Indigenous Australians than non-indigenous Australians (2).

The statistics further show that most women report violence by their partner after separation, and not during the time they were together (4).

The figures provided by the Australian police services, are based on how often police officers work with domestic violence cases. On an average the police are called to an estimated 657 cases per day, every day of the year; that equates to one case every two minutes. Looking at the statistics we have no choice but to admit there is a domestic and family violence problem in our country (3).

Signs of an Abusive Relationship

So what are the signs of an abusive relationship?

Although violence may seem a clear indication, there are many other forms of abuse, such as when your partner:

The good news is that help is available for victims, and also the perpetrators, of abuse. There are a variety of places where victims can go to for assistance; one option is to see a counsellor.

Although some may wonder how a counsellor can help a domestic and family violence victim, there are a variety of ways, such as by: 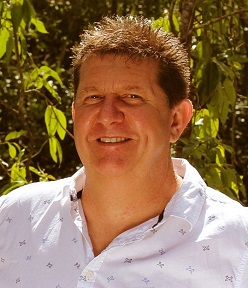 Corey Human has nearly 20 years’ experience in providing counselling to adolescents, adults, couples, parents and families in both English and Afrikaans. In relationship counselling and education, his aim is to empower each couple with the tools to help themselves when they get to points of conflict in their relationship.