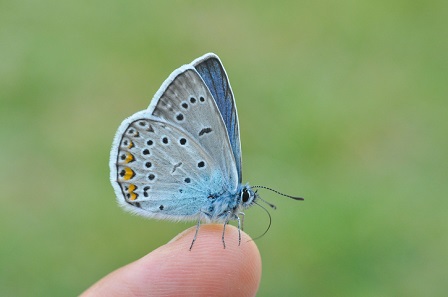 We all experience our own pains and level of suffering, which can rarely be compared with that of others.

As a psychologist I often hear clients say: “No one can ever understand the pain I feel because of what happened to me during that event”, or “I cannot ever seem to get over the loss of …. (intimate partner, family member or close friend) – and if you’ve never been through something like this you could never understand.”

I completely agree with the client’s perspective – no one can ever completely empathise with the pain of another unless we are feeling that pain with them during the event, or have experienced the loss of a loved one who was that close.

That is one reason why good psychologists are those with yes, life experience, but also those who have gone through some really deep pains and losses themselves, and have learned how to heal them.

Trauma therapy requires the psychologist or counsellor to so connect with the pain of the person we are sitting with, that we virtually cry with them, we feel the pain with them, so that their pain is experienced as our pain. But then we move beyond that pain, because we know what lies beyond: the experience of strength and resilience.

The Trauma of Sexual Abuse

As a Victim Services counsellor in NSW, I have seen the pain of one female who for 50+ years carried the pain of sexual abuse from when she was 5 years old, until she was 17. In this case she was a teenage Aboriginal girl, locked up in a house and never allowed out, having the door padlocked – and nobody in her family knew where she was, as she was kidnapped when she was 15, suffering daily rape and beatings.

She had two children to this man – the first child was born in this secluded house, and later died when he would not allow her to get medical help.

After she became pregnant with the second child and when it was nearly due, she was able to get a friend to come to the door and let her escape when the man was in a drunken stupor and had forgotten to lock the door.

She later married another man who was kind and loving, but she explained to me that she was “never able to fully be a wife with him”, because of the painful wounds she carried in her bosom, because she had never been taught how to be a loving wife, and because she had learned to fear love.

I also work with young men who no longer live with their wife or partner and for reasons that became clearer over time, are not allowed to see their children.

These men are often told they cannot see their children because the Department of Child Services (DOCS) has been advised by their former partner, that he abused their child(ren), and so their immediate priority is to halt all contact with the children until investigations can be made. Not surprisingly, fathers are often devastated that firstly, they cannot see their children; and secondly, that they have been deemed capable of such actions, and this “charge” affects not only their psychological wellbeing, but also their careers and ability to work.

Being accused of such behaviour can cause such enormous pain and grief that it can lead to depression and even suicidality. On a number of occasions I have been called out to assist with men who have been told they cannot see their children because the Department had been given “evidence” of sexual abuse by their ex-partner – causing such despair that they have told their parents goodbye, as they are ready to end it all.

The first thing I check for is whether these men fit the profile of sex abuser or paedophile. Having worked in that area for some time, and having a good relationship with Probation and Parole in south-east Brisbane, as well as being a victims services / sex abuse counsellor in New South Wales and Queensland, I have considerable understanding of the impact sex abuse can have on victims of abuse, and the behaviour of abusers upon their victims.

When we are suffering from the emotional pain of trauma, we must first be willing to expose the pain, to feel vulnerable, and then allow others to help heal the wounds, and tackle the hurtful schemas we’ve picked up.

How does one go about healing from trauma, and getting over a hurt? There is no “getting over.” You go through it. You have to feel it to heal it. The first step to doing so is sitting still, sitting with the feelings, and it is in stillness that our hearts finally start to answer the questions our mind has failed to thus far.

Yet so many have been taught not to feel – that there must be an easier way – a shortcut.

In the USA and similarly in other western countries, it has been found that 1 in every 8 adults is on some form of psychotropic medication. In his book, Anatomy of an Epidemic, science journalist Dr Robert Whitaker (2010) states that since 1987, the percentage of the population in the USA receiving federal disability payment for mental illness has tripled; he suggests that the “wonder drug” glow around the second generation psychotropics has long since disappeared. Whitaker argues that the “hyping” of the top-selling atypical antipsychotics is one of the more embarrassing episodes in psychiatry’s history, as one government study after another failed to find that they were any better than the first-generation anti-psychotics.

I agree with Whitaker that medications may help people to feel better in the short-term, but also argue that to continue with them for longer periods of time, may make them not only dependent or even addicted, may also make many patients sicker than they would have been if they had never been medicated. Some may even become suicidal, due to use of medication. It is important to note that Whitaker does not make the argument that all people should stop their medications; he argues that there is utility in them, just more sparingly than they are currently utilized.

If you are seeking healing from trauma, and a professional to walk with you through the hurt and the pain, and out the other side, I welcome you to make an appointment with me.

Dr Peter Noordink is a Brisbane Psychologist with over 25 years’ experience in areas such as pain management, aged care, suicide prevention, trauma, improving self-worth, teenage issues, and helping middle aged men and women deal with the problems of midlife. He uses a very gentle approach to explore issues which are currently impacting on one’s general and psychological wellbeing.