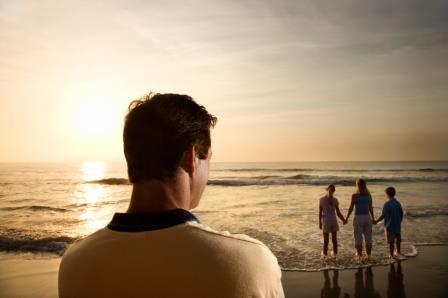 The ethnicity, class, age and religious backgrounds of the perpetrators of domestic and family violence are extremely varied.

While perpetrators of DFV can be any gender, research indicates that domestic, family and sexual violence is overwhelmingly committed by men against women.

Women are at least three times more likely than men to experience violence from an intimate partner (ABS, 2013) and research shows that since the age of 15, one in six Australian women have experienced physical or sexual violence from a current or former partner, compared with one in 20 Australian men (ABS, 2013).

On average, at least one woman a week is killed by a partner or former partner in Australia (Australian Institute of Criminology, 2015).

The Urbis Literature Review on Domestic Violence Perpetrators (2013) highlights that there is very little available data on the demographic characteristics of domestic violence perpetrators.

While a range of contributing factors can increase the likelihood of DFV (eg alcohol and substance misuse, early exposure to violence and discrimination, according to White Ribbon Australia),  the leading cause of DFV is gender norms and gender inequality.

Change the Story (Our Watch, 2015) identifies that gender inequality sets the necessary social context in which violence against women occurs. Sometimes men feel pressure to be dominant and in control. Some people believe men must be strong and powerful. These characteristics are called gender norms.

Men often have more power and a higher status than women. We see this in private and public life: in the home, workplace and community. This imbalance is known as gender inequality. Violence against women is more easily accepted in societies where men and women are not equal.

The drivers of men’s violence against women include:

There are also a number of reinforcing factors that, while not a direct cause of men’s violence against women, increase its likelihood and severity:

What are the Signs of an Abusive Relationship?

These are some of the ways that violence and abuse are perpetrated. Do you do any of the following?

If so, you are perpetrating domestic and family violence.

There are several identified types of domestic and family violence. These include physical, verbal, financial, emotional, sexual, spiritual, dowry, reproductive and social abuse as well as stalking behaviour.

Consent is key to healthy sexual experiences. Always have sex with consent. Do not pressure your partner into having sex or performing sexual acts they do not agree to. Do not ignore someone if they say “No” or seem reluctant. Your partner always has the right to say “No” even if you are married or living together. Silence does not mean they agree. Importantly, if someone is under the influence of drugs or alcohol, they cannot consent.

It includes images that were taken with and without a person’s consent.

Dowry is an ancient cultural practice, where parents gift their daughter jewellery and/or cash at her wedding. It stems from cultures in which girls are often not formally educated or financially independent. The dowry acts as a safety net for the bride to use in ’emergency’. The practice of dowry varies in different cultures:

Dowry in various forms exists in most of the European, Asian and other cultures. This exchange of gifts at the time of a wedding takes place wherever the wedding is believed to be not just a union of two individuals but the joining of two families. This practice is slowly phasing out as more and more girls and women are formally educated and becoming financially independent.

Dowry-related abuse can occur when the dowry is deemed unsatisfactory by the groom and/or his family. This results in harassment of the bride before, during or after the wedding, for example:

For many new migrant women from diverse communities, there are barriers to recognising dowry abuse, understanding its impact and accessing support. This applies not only to the victims of dowry abuse, but other forms of abuse as well. Some of these barriers include:

Domestic and family violence is illegal in every state and territory of Australia. Legislation varies from jurisdiction to jurisdiction. DFV is relevant to Family Law and Child Protection issues.

It’s Ok to Ask for Help

Have you ever said to yourself:

Denying or excusing your actions and trivialising your partner or family member’s response are barriers to taking responsibility for your behaviour. It can be hard to face up to how your behaviour has affected others, but statements like these hide the fact that using violence or control is a choice.

We make choices about how we act all the time, but we aren’t always aware of making them. We sometimes choose to behave differently in different settings, with different people.

Some men say they ‘lost control’ or ‘just exploded’ when they have used violence against a partner or family member. However, these same men usually don’t use violent or controlling behaviour against their boss, at their friends’ houses or when police are around, even when they are feeling angry or frustrated. For example, at the beginning of counselling, one man said, “If someone knocked on the door when I was pushing her around, I would instantly become Mr Nice Guy, but the second they left, I would start exactly where I had left off”.

Recognising that the use of violence is a choice, opens up the possibility that – with help – you can make the choice to always treat those you care about with respect. It takes strength and courage to admit to using violence or control, which is the first step towards changing your behaviour.

The approach taken is NOT about anger management, because anger is not the cause of domestic and family violence.