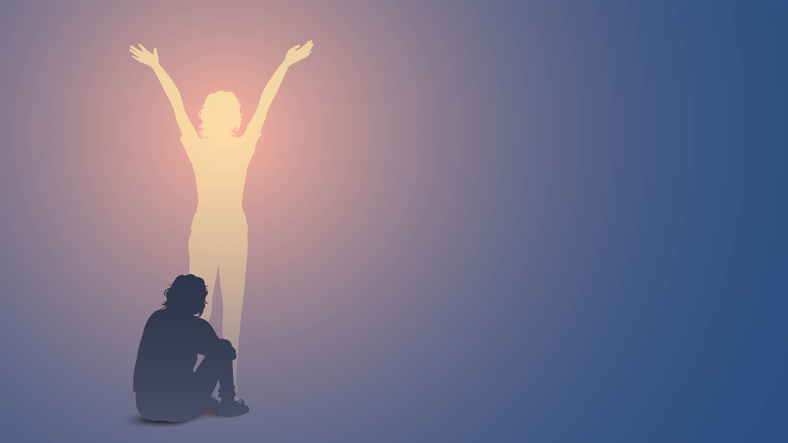 Do you have Bipolar Disorder?

In my experience, some clients have asked if I could test them for Bipolar Disorder. This can come as a surprise as they may not be overtly showing symptoms. In time, it sometimes proves that clients understood themselves and their symptoms very well. In these cases, I would provide them with some additional information about which clinicians could help her in relation to her request.

In one of the above situations, the client was initially referred to me for psychological therapy (counselling) by her GP (general practitioner), who developed a Mental Health Treatment Plan for them with a diagnosis of Mixed Anxiety & Depression.

Being a clinical social worker (the term commonly used in the US) or accredited mental health social worker (the term more widely used in Australia), and registered with Medicare for counselling/therapy, I was to see them for an initial assessment and follow up with another 9 talk-therapy (6+4) sessions, treating their mixed anxiety and depression. Up to 10 sessions altogether. As they has been referred to me with the GP Mental Health Treatment Plan, my responsibility was also to write to the referring doctor an initial referral acknowledgment letter/report after the 1st session, then to write the 6th Session Progress Report after 6 sessions (with recommendations of additional 4 sessions), and finally to write the 10th Session Report/Final Report.

During the initial assessment, as well as during the following therapy sessions I suspected that this client may have bipolar disorder, and in that situation, I wrote a letter to the referring GP, explaining my findings and recommended the GP refer the client to a psychiatrist – medical doctor specialising in psychiatry/mental health, who would make a final diagnosis, review their medication and recommend further treatment.

Within just a few weeks, the client was referred to a psychiatrist. The psychiatrist reviewed the previous diagnosis and medication, and finally diagnosed bipolar disorder and prescribed medication and referred them back for additional counselling sessions.

Some other people have also asked me about the diagnosis and treatment of people with bipolar disorder. I explained to them that the treatment of bipolar disorder is best guided by a medical doctor (psychiatrist) who specialises in diagnosing and treating mental health conditions, and who is trained and highly skilled in treating bipolar and other mental health disorders. However, additional treatment may be also provided by psychologists, clinical social workers and licensed counsellors via counselling/talk therapy.

What is Bipolar Disorder?

Bipolar Disorder is one of the mood disorders that is characterised by extreme mood swings and cyclical periods of mania and depression to the point where their moods interfere with their regular daily life. It is a mental illness that chronically affects moods.

Not too long ago, Bipolar Disorder was known by the term Manic Depression or Manic-Depressive Disorder. Those who experience the symptoms and are diagnosed with this mental disorder swing from deeply depressive moods to wildly manic or high moods.  In the past, bipolar disorder has been confused with other mental illnesses, such as a form of depression or schizophrenia.

Most people experience times when they feel great, positive, and very happy when they have lots of energy, as well as periods of time when they feel very low. However, a person with a manic episode can be in a state of pure euphoria and/or extreme irritability. These peaks and troughs of moods are usually very severe, and they interfere with an individual’s function, often are very distressing, and can lead to risky behaviours.

Some research suggests that social phobia is associated with a suicide attempt history in bipolar patients. Other researchers found the connection between bipolar disorder with obsessive-compulsive disorder (OCD) and personality disorders.

People with bipolar disorder may experience significant and noticeable changes in mood, with periods of apathy, anger, anxiety, euphoria, discontent, hopelessness, loss of interest, or pleasure in previous activities.

Behavioural symptoms may include: feeling frustrated and/or irritable most of the day, being aggressive, undertaking risk-taking behaviours, crying and being impulsive, hyperactive, restless, with a high desire for sex, as well as thoughts of self-harm, death and suicide.

Cognitively, they are dealing with racing thoughts, delusions, unwanted thoughts, slowness in activity, or too high self-esteem with unrealistic/false beliefs of their capabilities.

Psychologically, they are having symptoms of depression, with manic episodes, agitated depression, and/or paranoia. They also may experience weight gain or weight loss, have difficulty falling asleep or excessive sleepiness. Loneliness, depression, social isolation and work-related stress are specific stressors to increased risk of other diseases. Also, they may have a problem with money management, the use of alcohol and other drugs, suicidal thoughts or behaviours, and feeling pessimistic just about everything, etc.

Severely depressed people usually feel very unworthy and have strong feelings of guilt. Not everyone with bipolar disorder experiences major depressive episodes, but the majority do. Episodes of mania are characterised by a sense of euphoria that are usually not justified by circumstances.

People with Bipolar I experience extreme manic episodes that affect their day-to-day functioning and can last for a week or more. A manic episode goes on for at least a week, and during that time a person is unusually euphoric and cheerful, and has a least 3 of the following symptoms: great self-esteem, little need for sleep, speaking rapidly and frequently, racing thoughts, is easily distracted and follows pleasurable activities. The untreated episodes average 6 months, and hallucinations and delusions are frequently seen.

People with Bipolar II experience symptoms that affect their mood and ability to function, but they fully develop depressive episodes and experience hypomania, rather than mania. They seem to have more problems with depression, and sometimes it can become chronic. However, they have fewer hospitalisations.

Other types of bipolar disorder

The other types of bipolar disorder are:

Bipolar disorder is a particularly difficult illness to diagnose and treat. It is often initially diagnosed as Depression and Anxiety, but also sometimes can be mistaken for “hyperactivity” or Attention-Deficit/Hyperactivity Disorder. Psychiatrists have long recognized that there are many forms/shapes of bipolar disorder.

The medication that doctors usually prescribe to patients with Bipolar I is called Lithium. It is a naturally occurring mineral salt, and it is the most effective treatment for Bipolar I disorder because it reduces and/or prevents manic episodes.

Also in my experience, some clients have been treated with ECT (Electroconvulsive Therapy) because antidepressants may have failed to decrease depression, but the treatment of ECT is the last resort. Unlike in the movie One Flew Over the Cuckoo’s Nest, there is no evidence that modern ECT procedures cause brain damage. Many clients report a positive impact from ECT.

About 70% of patients who use antidepressants show improvement, while the rest (30%) receive little or no benefit from antidepressant drugs.

For patients with less severe depression, psychotherapy/counselling is as effective as antidepressant drugs. With the current treatments for mood disorders, the majority of patients are improving either with drug or psychotherapy. However, up to 2/3 of them relapse, become depressed again and require further treatment during their lifetime.

Prevention? Sadly, there’s no sure way to prevent bipolar disorder. However, it is important to pay attention to warning signs of the illness, avoid alcohol and drugs, and take their medication exactly as prescribed and directed.

What can therapy do?

The management of bipolar disorder is still far from perfect, as relapses can frequently occur. However, counselling therapy still helps the person put things back into perspective, get over it and move on. Psychotherapy can be very effective in a group setting. Counselling/psychotherapy has a proven track record in helping people suffering from depression.

Bipolar Disorder is a real illness and its symptoms are not under voluntary control. Educating the patient/client and their family members about the symptoms of bipolar disorder and its treatments should be a priority. Family education about the illness, stress management, and conflict resolution are very important, as life stressors, difficult relationships at home, and disruptions of sleep cycles bring on symptoms and have an impact on the course of illness. We also should not forget the “maintenance” phase that for bipolar disorder sufferers can be indefinite, as bipolar disorder, like diabetes or heart disease, is a long-term illness that needs to be managed throughout life.

Nenad Bakaj is a Brisbane based Rehabilitation Counsellor, Accredited Mental Health Social Worker and Life Coach with a keen interest in positive psychology, mental health and well-being, and is continually developing his professional skills and knowledge. Nenad enjoys working with adolescents and young adults, as well as older clients, and feels it is a privilege to be able to support them. In the counselling room, Nenad aims to build rapport with his clients to assist them to reach their health, relationship, personal and life goals, and a happy and fruitful life.

Bipolar disorder across the lifespan, UI Centre on Depression and Resilience. https://uifightdepression.psych.uic.edu/ui-center-on-depression-and-resilience/bipolar-disorder-across-the-lifespan. [Accessed: 27/11/2022]