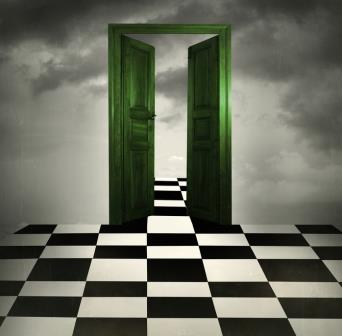 Hypnosis is a purely natural state that allows direct access to the subconscious mind, where our learned behaviour pattern-making systems reside.

With hypnosis then, we can by-pass what would require a prolonged or circuitous re-learning program in our fully conscious state.

There is no physical intrusion, it is simply a self-contrived change of mental awareness. Thus hypnosis is an artificially enhanced state of suggestibility, resembling sleep. Nevertheless, it is not sleep.

The Power of the Subconscious Mind

The hypnosis state is identical to the state of full consciousness with 3 exceptions:

As hypnosis is a purely natural state, a sudden withdrawal of the hypnotist will not abandon the subject to an unending trance. Rather, the attentive subject will either be so surprised by the disappearance of the hypnotist as to be tempted to open their eyes and convert to normal consciousness, or conversely, allow themselves to enjoy a restful sleep from which they will naturally awaken.

Importantly, the client has the control and the hypnotist is not able to think or perform anything against the subject’s will.

Who Can Be Hypnotised?

Anyone can be hypnotised if they choose to. No one can be forced to participate if they refuse.

In fact, it is essential to build rapport and remove anxieties and misconceptions first – such as fears about losing control of your mind to the power of the hypnotist, or saying something against your will – so that subjects want to cooperate voluntarily, and that they see a beneficial reason for doing so.

When inducing, and maintaining a trance state, the hypnotist and the subject interact to access pre-existing, natural brain mechanisms. This access is obtained by the client with the hypnotherapist acting as their guide, to facilitate and pace the experience. It is much easier for the client to set aside their usual frames of reference and limiting beliefs when confronted with hypnotic “convincers” such as arm levitation and other phenomena that actually challenge their normal mental constructs and belief systems.

The two elements of trance are a light trance and, as well, a deep somnambulistic state. Milton Erickson described trance as an “inward focus of attention” to the advantage of the subject. All states of hypnotic trance are effective, although a medium and deep state are the most effective. Trance also refers to natural common everyday experiences, such as daydreaming, listening to music, meditation.

How Does Hypnosis Work?

Most of the problems that affect human beings are “unconscious”, and, unfortunately it is difficult to control unconscious behaviour through conscious effort alone, even if we want to.

The conscious and unconscious (subsconscious) minds have two completely different functions. While the conscious mind is the rational part and is the seat of our wishes, desires and aspirations, the unconscious/subconscious mind is full of wanted and unwanted programs from early life until now, that play over and over again automatically. The subconscious mind represents programming developed from our life experiences since childhood, what we have learned, as well as other people’s experiences, and input from sources such as family, teachers, friends, and the media. Habits kick in and we can easily believe we are limited and victims of circumstance that can’t change.

If you have had enough of anxiety, negative thinking and constant worries about the past intruding on your life and preventing you from moving forward, give hypnosis a try. You have only your anxieties to lose and everything positive to gain.

As a registered teacher and psychologist, Dr Jan Philamon has a wealth of experience with children, however she enjoys helping individuals and couples at any stage of life. Jan aims to help people to be the best they can be and find success: improved wellbeing, gaining a sense of empowerment that allows them to actively problem solve and manage obstacles constructively, as well as positively plan and achieve their personal and career goals.