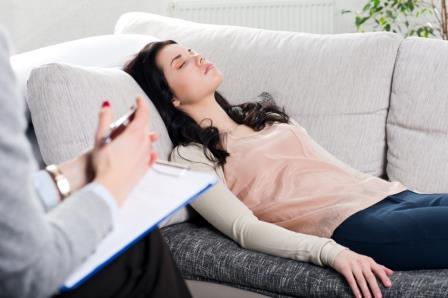 A question that I am often asked is: “When would you use hypnosis for pain?”

A somewhat flippant reply that comes to my mind is, “When wouldn’t you?!”

Though I don’t often say it, I always think it. Hypnosis, the ‘modern’ western way of experiencing trance states, is probably the oldest, least intrusive, and least toxic way for managing pain states in humans.

Does Hypnosis for Pain Relief Work?

The modern (ie from about the early 19th Century) approach to trance induction (“hypnosis”) was one of the only effective interventions that medical men had for pain until the discovery of chemical anaesthesia. There was then – and there is even more now – compelling evidence that trance states were terrifically effective ways of managing both acute and chronic pain. Unfortunately, with the rise of chemical anaesthesia, the knowledge about the efficacy and effectiveness of trance in relieving human suffering has largely gone underground.

This is no doubt due to the unfortunate reality that trance states are not universally effective at eliminating pain – whereas the chemical approach is effective for the majority of people.

The effectiveness of hypnosis for pain relief depends, to a greater or lesser degree, on the ‘innate’ susceptibility that a person has to being able to experience trance. Research suggests that the ability to experience a trance is largely within the individual.

However, clinical experience suggests that trance ability can also be affected by motivational factors. For instance, research has shown that people with acute pain in emergency situations are generally more able to experience trance. Equally, if people have been exposed to the negative views about hypnosis it can be difficult for them to trust the trance induction process.

A Brief History of Hypnosis for Pain Relief

Prior to the general availability of chemical anaesthesia, there are well documented records of 19th Century surgeons using trance to control pain to such a degree that they were able to carry out major operations.

James Esdaile, a 19th Century Scottish surgeon, reported on 3000 operations that he carried out whilst serving in India. The operations were major ones involving amputations, tumour removals, and deep body surgery. All were done without chemical anaesthesia (as it hadn’t been discovered), with the patient in deep trance states established by Esdaile and his assistants using mesmeric induction methods. Esdaile reported that these operations were done without any sign of pain from the patients. Even more fascinating is that Esdaile’s post surgical death rate dropped to about 5% at a time when the general death rate from post-surgical infection was 50%. Esdaile’s patients also suffered less blood loss, post-operative shock, and recovered more quickly than was expected for the time.

It might be thought that these results were misrepresented and are not to be trusted because of the state of science at that time. Certainly Esdaile was broadly attacked  by surgeons of the day – most probably because he got better results and there was no good understanding of how this was done.

However in recent times there has been increasing ‘scientific’ evidence which supports Esdaile’s early observations. Trance has been proven to be an effective adjunctive intervention before, during, and after surgery, with major benefits for patients in pain management, calmer and more hopeful attitudes, shorter recovery times, lower post-operative infection and so on. Why trance is not a standard medical intervention in surgery is more of a political question than a scientific one.

Beyond surgery there is sound research that hypnosis is an effective intervention for both acute and chronic pain. Tolerance for significant acute pain is increased when people are in trance states. There is reliable evidence that trance states are effective in helping delivering mothers cope with the pain and stress of childbirth. With echoes of Esdaile’s work, it has been found that trance has other benefits such as  improving the newborn’s condition, reducing the length of labour, reducing birth complications and decreasing the rates of postpartum depression.

In addition to reducing pain, most studies also show additional benefits from using hypnosis, including resolution of depression/anxiety related to suffering, more rapid recovery, reduced effects of analgesic toxicity, physical mobility, quality of life, and a more optimistic view. Some of these ‘secondary’ benefits may be due to pain relief, but they may also be indicators of a general systemic benefit from the experience of trance states.

So when wouldn’t you use hypnosis for pain relief? Essentially I believe that trance should be an integral part of any pain intervention plan. It may not be a ‘miracle cure’ for an individual patient every time because there are ‘built in’ limits to the effectiveness of trance. But, trance has no negative side-effects, numerous side benefits, the majority of people can utilise trance effectively, and some can completely eliminate their experience of pain.

It is well worth having an open mind to the idea of hypnosis for pain relief, because more likely than not, it will have a positive effect.