People affected by Irritable Bowel Syndrome will welcome the news about the latest treatment for IBS proven to offer some relief from symptoms: hypnotherapy.

Irritable Bowel Syndrome is a very common condition; according to current estimates, 15% of all Australians have symptoms. Not all those who have symptoms seek medical help and the majority of sufferers are women.

The exact cause is not known but IBS, inflammatory bowel disease and spastic colon are the reason for 50% of consultations with gastroenterologists.

Traditionally, medical therapy is geared towards control of these symptoms and may include:

Hypnotherapy: the latest treatment for IBS?

However there is growing evidence to support treating IBS with hypnotherapy.

Over the last 30 or so years there have been 20+ studies investigating the use of hypnosis as an intervention in IBS. In 2014 there was a sufficient number of well controlled studies to do what’s called a meta-analysis – that is, combining the effects of the individual studies to get an overall picture of the efficacy of the treatment. Research has found that hypnotherapy can not only help improve the primary symptoms of IBS, it may also help relieve some of the other other symptoms suffered by many people with IBS such as nausea, fatigue, backache, and urinary problems.

The Benefits of Hypnotherapy for  IBS

What the research shows, is that hypnotherapy is effective in resolving or reducing the symptoms of IBS in up to 80% of patients. The effect of the hypnotherapy seems to be quite long-lasting, with some studies indicating continued relief from symptoms for as long as 5 years in the majority of patients treated.

In addition, hypnotherapy has been shown to have a broader benefit, by improving general quality of life and other secondary physiological and psychological conditions associated with IBS. It is important to recognise however, that hypnotherapy is not always going to be an effective approach. Also, even if you should be one of those patients gaining relief using hypnotherapy, it is still important for lifestyle changes (eg diet, stress reduction, medications, etc) and conventional maintenance treatments to be followed.

How does it Work?

Just because hypnotherapy is an effective treatment for IBS does not mean that the problem is ‘in your head’. IBS is not a psychological disorder. Rather, the evidence about hypnotherapy for IBS is in line with a revolutionary understanding: that our physical self is part of our mental self. 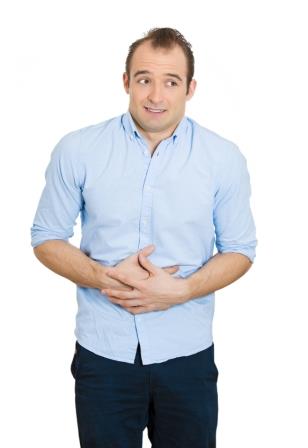 We all have an enteric nervous system (ENS), which is a complex system of about 100 million nerves found in the lining of the gut. This has been called the “second brain,” and is made up of the same nerve cells as our central nervous system (CNS). The “gut-brain” has many chemical and structural parallels to the “head-brain.” But, the “gut-brain” operates at an unconscious level in coordinating the activities and effects of hormones, neurotransmitters, and electrical impulses. These are not two separate brains; both parts are intimately connected through endocrine, immune and nerve pathways.

With this new understanding of how our bodies work, it should be no surprise that hypnotherapy can be effective in managing conditions such as IBS. Hypnotherapy involves developing skill in communicating with the ‘unconscious’ (maybe that means with our gut?), and having our unconscious automatically generate changes and new ways of experiencing ourselves and our circumstances without the interference of our rational (head-brain) selves.

The research has found that around 10-12 sessions of learning and using hypnosis is required for treating IBS. Hypnotherapy is not a miracle cure – it is a skill that you have to learn how to use, practice to get better at, and apply as often as you can.

The great thing however is that once you have this skill, you will be able to use it in a very broad variety of situations – it is not just for IBS.