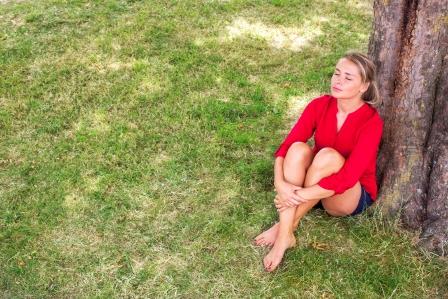 Mindfulness has become a real buzz word in all personal development literature.

Some would say it’s completely overused, as if to say once you know about ‘being present’ that resolves everything and you are perfectly happy!!

Well, being present is perfect, but … I give all of my clients a sheet that says, “Every moment is a fresh beginning.”

Some say: “What are the benefits and surely we need to consider the past and future to be able to control our lives somewhat?”

However, if we were able to be 100% present and focused on what is happening in our lives RIGHT NOW, it really would solve so many problems. We would not be dragged down by our memories of ‘mistakes’ (or others pointing them out), that keep telling us “You are not good enough”, and which continue to detract from our present tasks and performance in life.

Nor would we concern ourselves with the future, which is virtually impossible to predict.

Mindfulness; the art of being present

Unfortunately, being mindful at every moment of the workday is fairly uncommon. Research suggests that people engage in mind wandering – that is, a lack of attention to and awareness of the present (Smallwood & Schooler, 2006) – for the majority of their day (in every task except making love; Killingsworth & Gilbert, 2010).

Mindfulness practice is all about being present – using all of our physical senses to be fully present with what is occurring for us at that moment.

There is another state of consciousness called “flow”, which is an intense sense of concentration and control over activities (Nakamura & Csikszentmihalyi, 2009).

When Mindfulness and Flow Combine

The authors assert that when the flow of life and experience seamlessly unfolds from moment to moment, one enters a subjective state with the following characteristics:

Criticism of mindfulness practices stems primarily from the clinical literature, where mindfulness-based meditation interventions have been applied with increasing frequency. Chiesa and others have pointed out problems, such as the diversity of mindfulness conceptualisations and definitions, which have produced interventions that vary in the way that mindfulness is normally practiced.

They noted that few mindfulness studies use random assignment or adequate controls. Some have criticised the use of small and demographically homogenous samples, mainly white, educated, middle-class women in their empirical research (Hickey, 2010).

However, it did help vulnerable individuals with a history of child trauma (Williams et al., 2014). As an explanation for this finding, Williams et al. suggested that mindfulness-based cognitive therapy might facilitate adaptive forms of emotional processing (eg recognising emotions, avoiding rumination).

A good place to start is to explain what Acceptance and Commitment Therapy (ACT) is, by using what’s called the Triflex model. This is an ACT model discussed by Russ Harris as having six components:

If one wishes to find out more about this, further information and free resources are available at Dr Harris’s website: https://www.actmindfully.com.au/free_resources.

Ruiz (2010) conducted a review regarding ACT and found the evidence was very supportive of the ACT model. It showed:

In summary, although not as widely used as CBT (Cognitive Behaviour Therapy), mindfulness and particularly Acceptance and Commitment Therapy (ACT) is becoming more accepted as a strong psychological model, with significant effectiveness is empowering people to make changes in their lives and deal with negative experiences, becoming more psychologically flexible and resilient.