In brief: Obsessive Compulsive Disorder (OCD) causes people to have unwanted thoughts (obsessions), and to repeat certain behaviours (compulsions) over and over again.

Usually, the person recognises that the obsessions / compulsions are irrational – but that doesn’t mean they can stop it.

OCD is sometimes accompanied by other disorders, such as depression, substance abuse, eating disorders, ADHD, or other anxiety disorders.

In my initial assessments, I generally ask my clients if they consider their lifestyle healthy. I ask about their sleep, diet, smoking, alcohol consumption, illicit drug use, and exercise habits (if any).

This often gives me an idea if there might be a need for further diagnostic assessment, for example of Substance Use Disorder. It also allows for the identification of unhealthy lifestyle habits, and an opportunity to clarify and/or discuss  priorities with the client – for their drinking problem or substance abuse, before therapy for OCD can proceed.

Obsessions are ideas, images and impulses that run through the person’s mind over and over again. The following are some of the more common obsessions:

Compulsions are the ritual behaviours that accompany the obsessive thoughts, such as:

The Prevalance of Obsessive Compulsive Disorder

Obsessive Compulsive Disorder is estimated to affect 2-3% of the population – or to put it another way, roughly 1 in 50 people.

That equates to more than 500 000 Australians, or more than 5 million Americans!

Commonly, people with OCD often have other kinds of anxiety, like phobias (such as fear of spiders or fear of flying) or panic attacks. They often experience depression to, with about 70% of adults with OCD having an episode of major depression at some time in their lives.

Alcohol and drug abuse can become problems, when people with OCD turn to these substances for relief (eg a coping mechanism).

Some famous people who demonstrated symptoms of OCD include John Bunyan (author of Pilgrim’s Progress), the Protestant founder Martin Luther, and Ignatius Loyola, founder of the Jesuit order.

There is no identified single cause of OCD.

Some research shows that it may have to do with chemical messengers in the brain that carry information from one nerve cell to another. One of these messengers, called serotonin, helps to keep people from repeating the same behaviours over and over again; a person with OCD may not have enough serotonin.

People with OCD are typically secretive and shameful about their obsessive thoughts and compulsive behaviours, and many are successful in hiding their disorder for years.

A number of factors may increase the risk of developing OCD, including family history, social factors and psychological factors. OCD is often a chronic, relapsing illness.

If one medication is not effective, others should be tried. Combined medications and behavioural therapy / psychotherapy are often effective.

Just a decade later, in 1997, about half of patients reported being much improved through treatment with a combination of psychotherapy and antidepressant drugs. CBT assists by providing the person with OCD the tools necessary to manage their obsessions and compulsions. Successful behaviour treatment requires motivation and daily practice.

Exposure and Ritual Prevention (ERP) – The purpose of exposure is to reduce the anxiety and discomfort associated with obsessions through a process called habituation. Habituation is a natural process by which our nervous system “gets used to” stimuli through repeated prolonged contact.

Community Support and Recovery Groups – Support groups provide an environment where people with OCD and their families can meet to give and receive support.

When to Look for Professional Help

If you or someone you know suffers from OCD, it is important to seek out treatment. A trained therapist can help you to address your issues / symptoms, and to create new, much more healthy habits and thought processes. 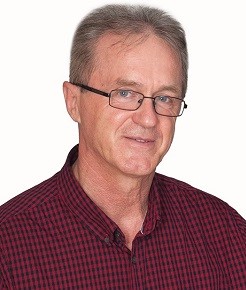 Nenad Bakaj is a Brisbane based Clinical Counsellor, Accredited Mental Health Social Worker, Life Coach and Bigger Bite Out Of Life Trainer with a keen interest in positive psychology, mental health and wellbeing, and is continually developing his professional skills and knowledge. Nenad enjoys working with adolescents and young adults, as well as older clients, and feels it is a privilege to be able to support them. In the counselling room, Nenad aims to build rapport with his clients to assist them to reach their health, relationship, personal and life goals, and a happy and fruitful life.