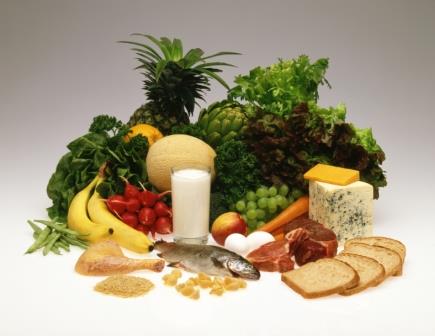 Our health media is increasingly focusing on an emerging trend in disordered eating behaviour – what is Orthorexia?

“I pursued wellness through healthy eating for years, but gradually I began to sense that something was going wrong.  The poetry of my life was disappearing.  My ability to carry on normal conversations was hindered by intrusive thoughts of food.  The need to obtain meals free of meat, fat, and artificial chemicals had put nearly all social forms of eating beyond my reach.  I was lonely and obsessed. … I found it terribly difficult to free myself.  I had been seduced by righteous eating.  The problem of my life’s meaning had been transferred inexorably to food, and I could not reclaim it.”  (Source: Dr Steven Bratman on www.orthorexia.com)

Focusing on healthy, nutritious food to support and sustain our wellbeing is an excellent idea. There are truly many benefits to mental health that can be accessed from adopting a healthier lifestyle, such as improved motivation, mood, cognitive functioning, and resilience to stress. Beyond the benefits to mind and body, healthy eating practices also support sustainable farming and commercial investment.

For all of these benefits however, it is possible that the healthy approach to eating can go too far. It can seem a counter-intuitive idea, but focusing on eating healthily may be derailed to what has been described as an “unhealthy obsession”.

Dr Steven Bratman, MD, first coined the term “Orthorexia” to describe a disordered eating pattern that centres on obsession with healthy, or “right” (ortho in the Greek translation), eating. This term refers to strict, inflexible avoidant-based eating behaviours. It is not the same as being on a diet.

Orthorexia may contain psychological traits of Obsessive Compulsive Disorder and Anorexia Nervosa, eg perfectionism and neuroticism, but overall appears to be quite different from these established conditions.

Whilst orthorexia is seemingly spurred on by a desire for healthier living, the reasons why an extreme focus on food can occur are multi-faceted. Examples could include controlling health anxiety, improving self-esteem, distraction or avoidance from other issues, using food to align with a certain identity, or a desire for the thin ideal.

In the context of orthorexia, a person may start to develop a rule system to regulate how, when, and what foods are acceptable to eat according to their understanding on what is perceived as healthy. It can be the case that more and more foods or food brands become restricted as a person educates themselves from sources of information that may be better defined as misinformation. This rule system may spur, or be spurred by, irrational beliefs, eg linking self-esteem to dietary restrictions.

Over time, instead of finding pleasure in eating, food becomes associated with feelings of guilt and anxiety. Feelings of self-loathing and failure are even described, particularly if deviating from “acceptable” food intake.

Furthermore, the degree of obsessive regulation may make it seemingly impossible to eat out or eat foods prepared by another person due to the lack of control over food quality. People fitting into the orthorectic mould may find they avoid socialising when food is present, perhaps requesting social outings that don’t require a food component, such as a class or gym date, leading to social isolation and a lack of cultural norming.

In a broader family context, should this be relevant, restricted eating patterns may be extended to other family members, such as children, leading to nutritional deficits. This parenting practice appears relatively uncommon in other disordered eating categories, perhaps as the health component is not emphasised. In contrast, here it seems parents could be following through with their level of understanding and good intentions – the aim is to access a healthier lifestyle after all. However, nutritional deficits do have serious physical and psychological consequences, particularly for children.

For people living in Australia, if a diet is no longer in line with Australian Dietary Guidelines (ADG), then change could be a healthy choice. The ADG recommend enjoying a range of foods from each food group. Food is not categorised as “good” or “bad” by nature, although some foods are best enjoyed every day and others rarely. Everyday foods may include fruit, vegetables, legumes, and wholegrain breads and cereals, as well as lean meats, fish, poultry, nuts, seeds, eggs, and low fat dairy. Clearly for those with allergies or vegetarians and vegans not all of these foods would be suitable. Limiting foods with added sugars, saturated fat, salt and alcohol is advised by the ADG. Individual and family nutrition support can be accessed through an accredited practicing dietician, who are qualified and skilled at developing tailored plans.

Beyond diet, psychological support can be a strong ally in moving towards recovery. Orthorexia is a learned state and change is possible.

Like any eating disorder, whilst recovery is different for different people, there may be common elements that strengthen this process. These elements include acceptance of the need for help, accessing appropriate treatment, seeking treatment sooner rather than later, developing high quality social and familial supports, self-care, as well as a strong personal commitment to the recovery process.

If you would like to learn more about professional psychological support for orthorexia recovery, qualified clinicians are available at the M1 Psychology and Vision Psychology clinics.

Dr Amanda White is a highly experienced clinician, offering tailored treatment plans based on her client’s needs. Her treatment programs are based on an eclectic approach, meaning evidence-based best practice is merged with the presentation and problem solving approach of each client.