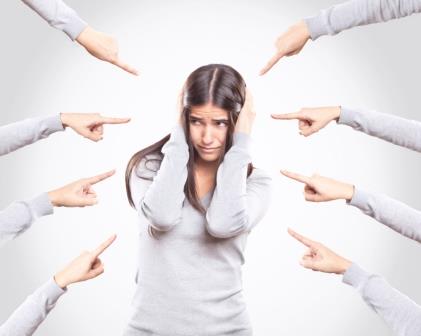 Simply give someone a compliment and see what happens.

Why would such a simple thing be so revealing about someone’s mental health?

Generally speaking, it is far easier to give someone a compliment because it doesn’t reveal our own internal world or trigger any of our beliefs about ourselves.

However, when someone offers us a compliment, straight away a file search happens in our brain to see if we are worthy to receive such a compliment. If our past experiences have poisoned our beliefs about ourselves, we may feel unworthy or even recoil in horror at such kindness. In other words, such compliments may trigger our shame and self-loathing.

Why would this happen? There are lots of reasons. One of the most common is that we have experienced significant rejection during our younger years, which has been reinforced in our older years, and have internalised those messages from significant others that we are unworthy and defective in some way.

Sue feels much shame and self-loathing. To loathe something means to hate it and to feel disgust.

Sue never really got the love and nurture she should have received when younger, and never had a supportive family.

Subsequently she went off the rails during her adolescence with drugs and promiscuity. Because she had a painful childhood and difficult teenage years, she now feels disgust every time she looks in the mirror. But like the rest of us, Sue wants attachment. However she chooses partners who are very critical of her which in turn, confirms her view that she is defective.

Sue also makes sure no-one gets close to her emotionally – otherwise they might see how bad she (thinks she) is. Sue sometimes has enough of it all, and attacks others if she thinks she is being criticised or rejected. The way Sue lives her life really is a good example of an old African proverb:

That lion will find you wherever you go, because those messages of shame and self-loathing are engraved on the inside. Guilt tells me I did something bad; shame says I am bad. Where did this come from?

The Origins of Shame and Self-Loathing

Shame and self-loathing develop in a childhood where we were abused, neglected, ignored or rejected by the adults in our lives. We got the message that it was our fault, and that we are flawed. Children will think: If only I was better or good then the adults will love and accept me.

Unfortunately, that doesn’t work because the fault lies with the adult/s, not with the child. But we will still carry those scars that we didn’t create or deserve.

Oh, and by the way, it doesn’t have to be hard-core abuse either. I have met many people who were simply ignored by their family and that was enough for them to develop strong beliefs about shame and self-worth. They had all the pizza, ipads and Xboxes they ever wanted, but were starved for someone to spend time with them and tell them they were deeply loved.

This valley grinds its way into depression and further self-loathing. And those voices saying we deserve to die? They just won’t shut up.

In the end we stay in unhealthy relationships because that’s ‘better than nothing’; we take the blame when it’s not our fault, and we hit the roof if someone looks at us the wrong way.

In the meantime, we continue believing that no man or woman could ever love us if they really knew us, as we think things like: I am simply not worth any love, and The secrets I have can never be shared, because no-one will understand.

If this continues, one of the most common responses to shame and self-loathing is self harm. Cutting, burning or risky behaviour are all false solutions to the pain. Why? Because someone has to pay for how bad I am. Because you think it’s your fault, you are Judge, Jury and Executioner, and dish out your own punishment. You don’t realise that someone out there is responsible – but it’s not you!

So how do we escape that lion in our head?  It’s a big topic, but here’s a couple to get things started:

Pain such as shame and self-loathing almost always have their roots in the past. The question is, how do you repair such a past? Therapists such as myself have a range of techniques that can be very powerful in helping you to take back what shame has stolen.

However, the very first step is to overcome the shame of seeing a therapist! If you feel you’re ready for that step, please contact me and we’ll make plans to finally stop that lion in its tracks. 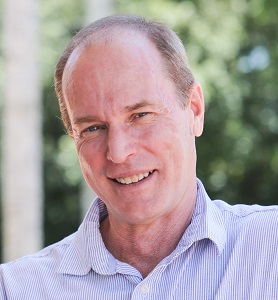 *Not a real person.