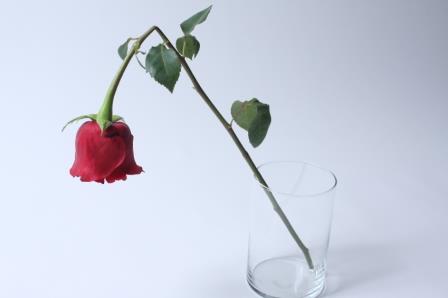 Sex is very dependent on mood and mind.

When everything is working well, it is not something that we have to think about much in order to be able to do it. But when things go wrong, sex can become a very difficult issue indeed.

The main problem is that sex is largely governed by urges, feelings, and physiology that function best if little attention is paid to them.

When we focus our conscious attention on our sexual performance, more often than not, it will have a negative impact. This is very much like sleeping. The more conscious effort we put in to making ourselves go to sleep, the more difficult it becomes. Automatic and semi-autonomous behaviour that is strongly based in physiology can be quite easily disrupted by too much conscious attention.

The physiology of erections is pretty straightforward hydrology – it all depends on blood flow. Although the mechanism is straightforward, the reasons that it may go wrong are quite varied.

Erectile problems can be a symptom of an underlying medical condition – most commonly connected to diseases that impact blood flow such as diabetes, heart disease, or blood pressure problems – so if you have concerns about your erections, it is important to check for a medical explanation.

However erections are also very sensitive to psychological and emotional issues. Pretty much anything that reduces your interest in sex – or makes you anxious about how you are going to perform – can have an effect on your erections. But, probably, the most common issue for erectile problems is performance anxiety.

Every man will have had an experience of not being able to get or maintain an erection – something that was probably inconceivable to our young adolescent self, driven to distraction by the inconvenience/embarrassment of an out of control penis (we all have our “bus” moments). Yes, it’s true, that the penis has a mind of it’s own. Sometimes it won’t stop showing off; and sometimes you can’t get it to make an appearance for love or money; sometimes it just gets bored and gives up.

This is largely because erection is a physiologically involuntary response – we can’t make it happen through conscious direction. We can encourage an erection by consciously focusing on arousing thoughts, but the moment we start to monitor it – how’s it going?, hard enough?, is it staying up? – we introduce a conscious feedback loop that has disastrous consequences. Monitoring interrupts the involuntary arousal system and the erectile mechanisms become disrupted. Once that happens it’s pretty much all down hill.

Worry or anxiety about whether an erection is going to happen is a vicious and self-fulfilling circle. When we start to worry about it, we start to monitor, and then the thing we fear almost inevitably happens, which increases our worry and anxiety about not being able to get or maintain an erection.

The simplest, and most useless, advice that flows from this is “stop worrying” about it. I’m sure that you will have heard this from someone at least once if you are having a problem with erections. This is pointless advice because our anxiety about performance is itself part of a largely involuntary and unconscious process. If you’re told to stop worrying about something, your thinking is actually being directed to the thing that you should stop worrying about!

There are numerous ways to approach erectile dysfunction. Which ones will work depends very much on the details of the problems with erection, whether there are any underlying medical problems, your own sexual history, how long it’s been going on, the importance of erections to you and your partner, and how worried or anxious you are about it.

Psychological approaches though have in common the need to help you to interrupt monitoring and overthinking erections, learning to relax, and approaching sex without having specific expectations of what “should” or “must” happen. Easier said than done, of course.

I particularly like hypnosis as a modality for erectile problems – especially where there is a clear performance anxiety/worry element.

This is because hypnosis is very effective at bypassing conscious thinking, and is focused on engaging and inviting the unconscious and involuntary parts of the mind to help out. Hypnosis can be used at a range of points in helping someone with erectile problems.

For some men the experience of erectile problems can lead to deep shame or embarrassment. Some can be quite traumatised, depending on their partner’s response and their own sexual identity. Hypnosis is an excellent tool for rebuilding ego-strength and enhancing non-specific self confidence if the man has substantially lost confidence in himself.

Hypnosis is also a great tool for establishing rapid and non-conscious relaxation so that men can become involved in sexual situations with much lower levels of anxiety.

Sometimes men have lost interest in sex, and may actively avoid thinking about it, almost as a way of protecting themselves from the knock to their masculine self image that comes from an erection that disappears half way through (or never bothers to show up). One advantage of hypnosis in re-engaging the man’s sexual thoughts is that, with trance, it is possible to have immersive and close to real experiences of imagined situations. So, hypnosis can be a good tool for men to get back into thinking about themselves as sexual beings.

Another really neat reason for using hypnosis in working with erectile problems is that hypnosis has been shown to be extremely effective with managing blood flow. For instance, some people can stop or reduce bleeding whilst in trance. Most people can increase or decrease temperature of body parts through hypnotic control of blood flow. This connection is most probably because trance is effected at unconscious levels and may work through the autonomic nervous system which controls the body’s unconscious physical actions. Whatever the underlying cause, there is a natural fit between hypnotic trance and establishing unconscious and automatic triggers for increased blood flow to the penis.

In working with erectile problems it is very important to recognise that the issue is not just about whether or not you can get or maintain an erection. The issue is what does this mean for you, and what does it mean for your partner?

Erectile problems are both normal and not uncommon. If they are not due to an underlying physical problem, then the way that we think and feel about the problem can determine whether the problem gets worse or better.

It’s certainly worth talking to someone who can help you sort through the various issues. Overthinking erectile problems and keeping your worries to yourself is, in this case, bound to make the problem more ingrained.

Dr Alistair Campbell is a Brisbane Clinical Psychologist working with individuals, couples and families. He particularly enjoys working with couples, and assisting them to develop more satisfying and enriched relationships.