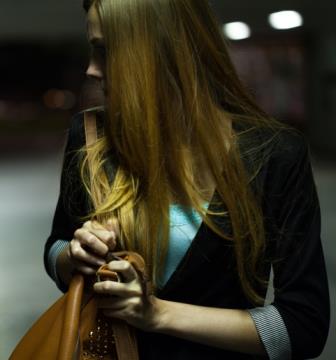 Panic can be conceptualised as an overwhelming sense of fear, a fear which is so sudden and powerful that it blocks logical reasoning.

The cascade of thoughts and sensations associated with panic are biologically defined by activation of our sympathetic nervous system (SNS), also known as the fight or flight response, or an acute stress response.

These physical sensations, as well as intense anxiety, are often reported during a panic attack. 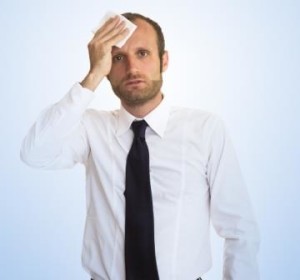 Panic attacks differ from other anxiety conditions because of their intense, periodic nature. A panic attack has sudden onset and escalates rapidly, typically reaching a peak within ten or so minutes.

However, a panic attack may last much longer if the person experiencing it is unable to escape the source of threat. Experiencing a panic attack can be very stressful, so stressful some people report fearing they were having a heart attack, a nervous breakdown, or were about to die.

What is Panic Disorder?

Some people who find they have repeated attacks begin to experience anticipatory anxiety between attacks. This presentation is termed Panic Disorder.

So, what is the point of panic? Human beings have evolved to best respond to perceived threats through activation of the SNS. It’s a survival mechanism. Historically, threats may have been dealt with most effectively by mobilising the physical system to either fight or flee the scene, a successful way to counteract predatory animals or a natural disaster.

In modern society, however, threats can be far more wide ranging and not easily dealt with by an immediate physical response. Examples may be sitting in traffic, attending work meetings, or a social occasion.

Understandably, psychological treatments often focus on re-setting the SNS through calming body sensations, generally by addressing hyperventilation through breathing exercises, and reassuring the mind. Cognitive Behaviour Therapy (CBT) is recognised as the most effective treatment for panic attacks and panic disorder.

Meditation is also a considered a useful practice to increase wellbeing and create mental space from perceived threats. In some cases medication may also be appropriate, in this instance discuss with your treating medical doctor.

Amanda is not currently taking bookings, however, we have a number of clinicians available for bookings.

To make an appointment please visit our webpage here to learn about our highly qualified clinicians, or call M1 Psychology Loganholme on (07) 3067 9129.