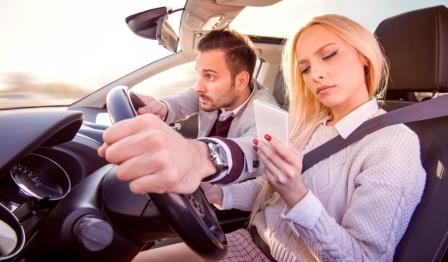 Without wanting to join a bandwagon, I think it is a good idea to bring up the issue of Attention Deficit Hyperactivity Disorder (ADHD) – and more specifically, the signs of ADHD in adults.

Most people know that a significant subset of children are affected by the learning/behavioural disorder known as ADHD. It is not generally understood how this disorder works, but it is believed to be a problem with attention regulation and maintenance networks in the brain, leading to affected children having difficulties being able to assign sufficient attentional resources to tasks.

Signs of ADHD in Children

What is less well know is that between one-third and two-thirds of children diagnosed with ADHD, continue to have symptoms into their adulthood.

There is good evidence that the disorder has significant impact on the working and social lives of the affected person. Whereas teachers and parents are mindful of, and attentive to, the symptoms of ADHD, employers and others who interact with the person are much less likely to regard their behaviours as “symptoms”. This is partly due to a change in the symptom picture for the adult sufferer, where there is less obvious hyperactivity as it appears to becomes internalised as a sense of restlessness, irritation, frustration, boredom, and impatience with complexity.

Signs of ADHD in Adults

Typically signs of ADHD in adults may consist of persistent difficulties in following directions, remembering information, concentrating, organising tasks, completing work within specified time limits, and being on-time for meetings or appointments.

Consequently, the adult with ADHD may be characterised as “lazy”, “careless”, “messy”, “thick”, or “ignorant”. These difficulties occur across several areas of the person’s life, causing emotional, social, vocational, marital, legal, financial and/or academic problems.

Frequently, adults with ADHD have poor self-esteem, negative self image, and statistically have higher levels of mental health concerns such as depression and anxiety.

There are two broad categories of ADHD: Hyperactivity/Impulsivity; and Inattentive. Symptoms vary widely between individuals but they do seem to be largely due to problems with parts of the brain involved in “executive functions”, leading to difficulties with sustaining attention, planning, organisation, prioritisation, time blindness, impulse control and decision making.

In adults the types of symptoms associated with the Inattentive type of disorder include:

Signs of the Hyperactive/ Impulsivity type of ADHD in adults may include:

The problems that come from these sorts of difficulties can range from moderate to extreme. Adults with ADHD can suffer from the effects of being unable to effectively structure their lives, plan daily tasks, or think of and act accordingly even when aware of potential consequences. This leads to poor performance in school and work, followed by underachievement.

Young adults may have poor driving records, with higher than average traffic violations. They may also be more likely to use alcohol or illicit drugs – either impulsively or in an attempt to self medicate. These difficulties are largely due to the person’s observed behaviour despite knowing they are doing the wrong thing and genuinely trying to stop their behaviour. Often, this person will miss things that an unaffected adult would understand and know about.

Unfortunately there is no absolutely guaranteed way to diagnose adult ADHD. Cognitive and intelligence testing does not provide a definitive picture, although the results can be indicative or supportive, and the assessment needs to take into account the person’s developmental, educational, employment and social history.

Nonetheless, there are some experiences or issues that point towards ADHD as being a possible diagnosis:

Of course, a list like this is only a guide to some of the common signs of ADHD in adults, and does not provide a definitive diagnosis. However if you feel there might be a problem and you identify with the majority of these descriptions, or feel they may apply to your partner, then it is probably worth seeing a psychologist and getting it checked out.