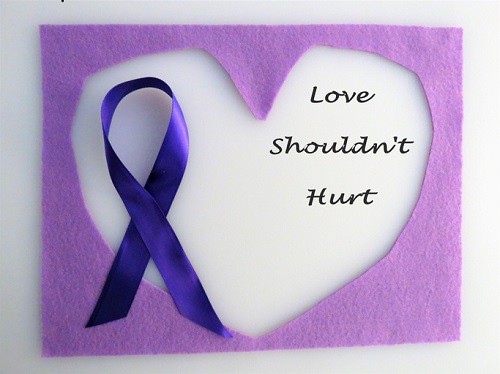 Experts are concerned that the incidence of domestic and family violence will increase due to the COVID-19 restrictions, but the statistic are already shocking.

In Australia, domestic and family violence is against the law. A person who commits these crimes, can go to jail, whether they are a man or a woman.

Some groups of people are at greater risk of family, domestic and sexual violence, particularly Indigenous women, young women, pregnant women, women separating from their partners, women with disability and women experiencing financial hardship. Women and men who experienced abuse or witnessed domestic violence as children (before the age of 15) are also at increased risk.

What is Domestic and Family Violence?

Domestic and family violence is often cyclic and the well-known process is represented by the Cycle of Violence diagram below. 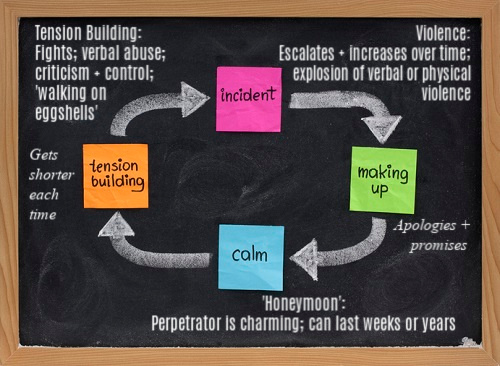 People who experience domestic and family violence can often identify this cycle within their relationship.

The risk to children of domestic and family violence is significant.

Bowker, Arbitell, and McFerron (1988) also found that abuse of children is also more likely when the relationship is dissolving or the couple has separated. This is especially the case where the abusive partner is highly committed to continued dominance of their former partner and children. It is well-known that the time following separation is often the most dangerous time for the partner and children.

This is due to the fact that the abuse is directed at subjugating, controlling, and isolating. When an abused partner has separated from their abuser and is seeking to establish autonomy and independence, the abuser’s struggle to control and dominate may increase and may turn to abuse and subjugation of the children as a tactic of dominance and control of their mother (Stark and Flitcraft, 1988; Bowker, Arbitell, and McFerron, 1988).

Abusers often harm children as a punishment for their former partner for daring to leave them. Abusive partners often use custodial access to the children as a tool to terrorize their former partners or to retaliate for separation. Custodial interference is one of the few abusive tactics available to an abuser after separation; thus, it is not surprising that it is used extensively.

Hilberman and Munson (1977-78), found that older children are frequently assaulted when they intervene to defend or protect their mothers, with daughters more likely than sons to become victims of the abusive husband (Dobash and Dobash, 1979).

Abuse of the female partner is also the context for sexual abuse of female children. Where the mother is assaulted by the father, daughters are exposed to a risk of sexual abuse 6.51 times greater than girls in non-abusive families (Bowker, Arbitell, and McFerron, 1988).

Where a male is the perpetrator of child abuse, one study demonstrated that there is a 70 percent chance that any injury to the child will be severe and 80 percent of child fatalities within the family are attributable to fathers or father surrogates, such as step-fathers or mother’s boyfriends or de facto partners. (Bergman, Larsen, and Mueller, 1986).

In her article, “Assessing Whether Batterers Will Kill” (1990), Hart outlined that the likelihood of homicide is greater where the following factors are present:

Everyone has the right to live free from violence, in a happy relationship and community. People do not have to accept being treated badly or harmed.