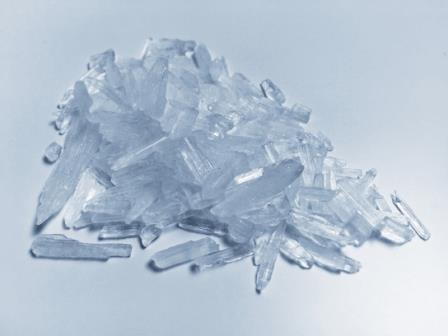 Yes, most of the stories you have heard about methamphetamine – commonly known as ice – are true.

Ice can be very addictive, and you can become addicted after using it just once. You can develop psychosis, where you may believe crazy things that have no basis in reality, or hear and see things that are not real. It can permanently damage your brain, and if you have been a heavy user it will take over a year before your brain returns to some sort of normal. The ads currently on TV are not exaggerations – nurses and ambulance drivers are being routinely assaulted by users high on ice. Some of these people end up with criminal records or psychiatric diagnoses if they don’t get killed before something stops them.

A lot of my ideas in this article come from working in various drug and alcohol treatment facilities over the past ten years, where I have spoken to over a hundred clients who have had ice as their main drug of choice. However I have also drawn on research that is being done by people around the world who are working to better understand methamphetamine addiction.

There is a lot of confusion about the difference between amphetamines and methamphetamines. For one thing they are both sometimes called “speed”. Amphetamine is a term used to describe a range of stimulant drugs (some of them legally available with a prescription) to treat obesity, tic disorders like tourettes or attention deficit disorder.

Methamphetamine is a much stronger version of amphetamine that is also neurotoxic (damaging to your brain). That is not to say that regular amphetamines don’t cause similar problems in high doses, or with sustained use. However, methamphetamine definitely causes parts of the brain to die, sometimes permanently. People who buy powder on the street have no way of knowing what they are really buying. This article is mainly about methamphetamine, better known as “ice” or “meth” and many other names.

A Brief History of Methamphetamine

Not many people realise that ice has actually been around for a long time. It was first created in 1893 by a Japanese chemist and was used widely during World War 2 by American, German and Japanese troops. After the war there was heavy use of methamphetamine in Japan probably due to the availability of ex-army supplies. It is estimated that in 1954, there were
about 550 000 meth addicts in Japan, with 55 000 cases of drug induced psychosis resulting from this5.

In the 1980’s a new smokable form of methamphetamine known as “ice” first appeared in Hawaii. It was distributed by criminal gangs and has grown in popularity ever since in America. Its popularity is boosted by its relative affordability, due in part to the fact it can be manufactured in small suburban laboratories.

In Australia, ice has been in the media recently, and has been labelled an epidemic.

A large survey is conducted every three years to check on the drug and alcohol habits of Australians1. In 1998, 3.7% of Australians reported recent amphetamine use, which includes ice, speed, and some prescription medications. Between 2010 and 2013, amphetamine usage dropped and remained steady at 2%.

However, the interesting thing that is changing and creating noticeable problems and media attention is the increase in ice, relative to other forms of amphetamines. In 2007, 28% of amphetamine users reported using ice and by 2013 this doubled to over 50%.

Also very interesting is the increase in purity of ice, which was reported as 20% in 2003 and up to 60% in 20131. So while the number of people using any kind of amphetamine has dropped since 1998, the damage people are doing to themselves and others has increased. This is due mainly to more people doing ice compared to other potentially less harmful drugs; and that the purity of the ice available has increased threefold.

The Experience of Ice Usage

(Note: if you or others experience any of these symptoms it could be a medical emergency – ring an ambulance.)

The After Effects of Using Ice

After using ice it is usual to experience a range of negative emotions; this may be more serious if the user has any underlying mental health problems. For example, someone with a history of depression may experience a depressive episode; an individual with an anxiety disorder may feel more anxious; someone with a predisposition towards developing schizophrenia will be more likely to develop a long term disorder after using ice. 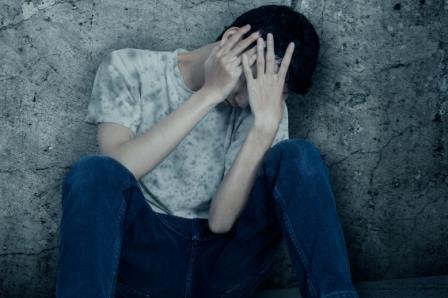 The usual list of symptoms that occurs when in withdrawal includes:

A Simplified Neuropsychological Explanation of Ice and your Brain

We have a certain amount of dopamine in our brain. When something good happens (eg winning a prize, climbing a mountain, sex) our brain releases an appropriate amount of the chemical dopamine. The dopamine is released from one neuron into another neuron and this gives us the feeling of happiness. The sending neuron has a certain number of transporters for the dopamine and the receiving neuron has a certain number of receptors. The transporter releases its dopamine, which goes to the receptor for a while, then gets released back to the transporter for future use.

When ice is used it causes the brain to send the message to the sender neurons to release a huge quantity of dopamine into the receiver neurons. This obviously makes the user feel great, as it send the brain the signal that they have done something very useful, positive or meaningful. Basic psychology shows that when we are rewarded for a behaviour we are more likely to do it again. This has a purpose when someone tells you that you did a good job, or they like how you look after losing weight and you get a tiny burst of dopamine to tell your brain that something good has happened. Using ice is basically a way to cheat your brain – telling it that something good has happened – when really nothing has.

So if it makes us feel so good, what is the problem?

But the way that ice changes the brain over time is where things become very unsettling and problems arise. Using ice for a longer period of time has a profound effect on the brain:

The effect of long term ice use on the brain is more complex than just discussing dopamine and the ability to feel pleasure.

It also radically affects memory and judgement2, which is why so many ice users have trouble making rational decisions or seeing the consequences of their actions, leading to problems controlling anger and subsequent violent behaviour8.

Also worrying is that it can lead to acute psychotic symptoms, like hallucinations and delusions (Harris and Bakti, 2000)7. These include some of the most widely reported symptoms such as people picking at their skin because they believe there are insects crawling around underneath (formication or parasitosis to be technical).

The good news is: recovery is possible.

With abstinence from the drug, the brain can start to heal itself.

Recovery is slow, and patience along with hope and understanding are vital to help ex-users stay away from the drug. Studies have shown that levels of dopamine in a recovering ice user are still lower than normal at six months; and are only just beginning to return to normal at 14 months6.

Another study shows that while it takes up to two years, memory and judgement will improve significantly with enough time4.

The importance of choice is a big factor. You probably can’t change the fact that an ex-user will have anhedonia (inability to feel pleasure) for up to two years after stopping. However, in this time it is possible for the user to turn their life around, for example, by enrolling at  TAFE, then University to start just about any career. Or there is the chance to do things like learn to scuba dive, fence with swords, or join a volunteer organisation. After working and saving money for a year or two, the ex-user could afford to live in China, Nepal or India for a few months, something that would totally change their perspective on life. If you are a recovering ice addict it may be time to think outside the box for ways to live your life.

How can a Psychologist Help?

As you can see, there is a lot that a recovering addict can do to find happiness or meaning in their lives, even while their brain chemistry is still rebuilding itself.

Seeing a psychologist can help the individual develop the necessary state of mind to overcome ice use. The strategies that work for issues such as depression or anxiety are also effective for handling the side effects of withdrawing from ice, and the best treatments for staying off methamphetamines are the cognitive behaviour therapies3. For example, cognitive behaviour therapy can help people challenge common beliefs such as “I need ice to enjoy myself”, or “I am beyond help and may as well keep on using”. Learning skills such as “urge surfing” can help people stop themselves before they relapse.

Ice addiction is a complex problem that is only getting worse in Australia. Treatment may require a stay in a detoxification centre or drug rehabilitation facility. A good place to start is with a visit to your GP to discuss the risks involved, and possibly to obtain a referral to a psychologist specialising in the treatment of addiction.

I have worked with people affected by ice for over ten years in a range of settings including private practice, government, community and long term drug rehabilitation facilities (therapeutic communities). If you would like to discuss your treatment options or get started with making some changes in your life, make an appointment with me today. 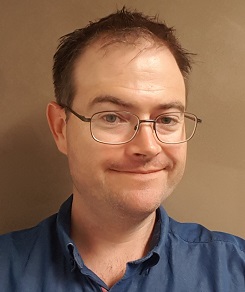 Jim Adsett has worked in the drug and alcohol field for more than 11 years. Regardless of the substance, Jim has worked with clients at every point in their journey towards recovery, from admitting that they have a problem to maintaining a new healthy lifestyle. Jim tailors his treatment approach depending on the severity of use and the goals that the client has for themselves, then works collaboratively with his clients to help them practically and sensibly move towards these goals. His treatment approach is non-directive and positive and he uses Acceptance and Commitment Therapy (ACT) as a basic framework, as well as drawing on Cognitive Behaviour Therapy and Transactional Analysis.