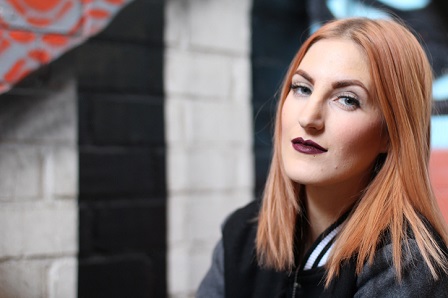 Sex and gender are always present: They are important aspects of who we are, yet they’re rarely discussed in a thoughtful way.

Just as human beings come in many shapes, sizes and colours, we also come in many varieties of physical sex, based on our own unique combination of chromosomes, hormones and physical characteristics. Inspecting a newborn’s genitals to determine whether the baby is a boy or a girl can be inconclusive or misleading.

Experts have estimated that approximately one percent of babies are born with bodies that differ in some way from what is considered standard for males or females. Some babies have physical characteristics that lead to confusion about whether they’re male or female. Other atypical aspects of physical, genetic and brain sex are invisible to the eye but may become apparent later, perhaps at puberty, or become apparent only if genetic tests are performed.

However, sometimes sex is ambiguous (eg some babies are born with indeterminant genitalia) but even when a baby’s genitals look the way we expect them to, sex assignment on that basis alone isn’t necessarily accurate. For example, a baby born with a girl’s body, externally, was found to have a slight bulge in her groin when she was about four years of age. After bloods were taken and an ultrasound was undertaken, it was learned that she had male chromosomes (XY) and testes rather than ovaries.

Still other people have unambiguous genitals, but have a profound sense that their assigned sex was wrong and they’re deeply troubled by the bind in which they find themselves.

Some children, however, know from a very young age that their assigned gender and apparent physical sex are wrong for them and that they are really the other gender. For some people, neither male nor female fits their understanding of themselves.

When children encounter gender role restrictions that don’t make sense to them, they often conclude that they have a problem and begin monitoring themselves to make sure they don’t step outside the gender role considered appropriate for their assigned sex. For example, you’ve probably known an intelligent girl who played dumb to try to become more popular or a boy who held back tears at his beloved grandfather’s funeral because boys aren’t supposed to cry. We often forget how culturally specific gender roles are and that what is acceptable in one culture is completely unacceptable in another. For example, in Australia, women are permitted to drive; in some countries, it is forbidden. In some countries, men express their affection for each other freely, in Australia, doing so can be dangerous.

What Does All This Mean?

Take a moment to think about the distinctions made above between physical sex, assigned sex, gender identity, gender role, gender presentation, and perceived gender. You probably can’t remember how you learned about your own gender, your physical sex or the sex you were assigned. We learn these things before we learn to talk. Most of us take them for granted and assume that everyone else does too.

However, you may be able to recall some of the ways you learned about what was considered appropriate for boys and girls.

You probably learned these things as a very young child by watching your family and friends. You may remember instances when you unknowingly crossed a gender line and were corrected, ridiculed or punished. Of course, if you objected to the rules, they were probably rigidly enforced. For example, if you were a girl who didn’t want to wear dresses, or a boy who did, you were probably not given a choice but made to conform.

There are many different words and labels that people use to describe their sex or gender characteristics and identities. Here are some of the most common ones:

There are many other words and terms used to describe sex and gender diversity.

Jo and Tina are sitting on the lounge watching a movie, when they have the following conversation:

Jo: Hey sis, I have something to tell you. I’m Trans.

Tina: Oh, so that’s why you cut your hair and asked Mum to buy you boy’s clothes?

Jo: Yeah, those things help me express my gender and make me feel good.

Tina: Huh? I like my hair short too. It’s easier and shorts are way more comfortable.

Jo: Yeah but that’s not the same. I’m a boy inside, that’s my identity. Hairstyles and clothes show my gender expression.

Tina: Ah, I get it! Identity and gender expression are different. Since you’re a boy, should I start calling you my brother?

Jo: That would be awesome. Can you use he, him and his pronouns too? I’d really like you to call me Ben as well.

Tina: Ben…cool…I can do that. Would you like me to help you talk to Mum and Dad about this?

Ben: Mum, Dad, I’m worried about telling you something important because it might come as a surprise … I’m a boy. I’ve been thinking about this for a while.

Mum: Oh, you mean you’re trans? Thank you for telling us.

Dad: I don’t understand. What do you mean?

Tina: He’s a boy on the inside Dad. That’s why he cut his hair and wears boy’s clothes now. He said it makes him feel good.

Dad: I don’t understand this yet but I will find out more information about being trans. I love you and want to support you.

Ben: Thanks, Dad and Mum. You’ve made it much easier for me to talk to you about how I’m feeling. Thanks, Sis for your support, too. I love you all so very much.

Gender Identity: How You Feel on the Inside

As stated above, gender identity is how you feel on the inside, which might be different to your sex assigned at birth.

How family and friends respond to a loved one’s disclosure about their gender identity plays a major role in that individual’s wellbeing.

One of the issues which can arise for some people is gender dysphoria, which is the distress that can arise from the incongruence between a person’s gender identity and the gender assigned at birth.

Other issues people may face include negative family responses, bullying, discrimination and social exclusion which can all contribute to psychological distress.

Remember, there are no set rules for people with different gender identities. Every person is unique and that’s ok.