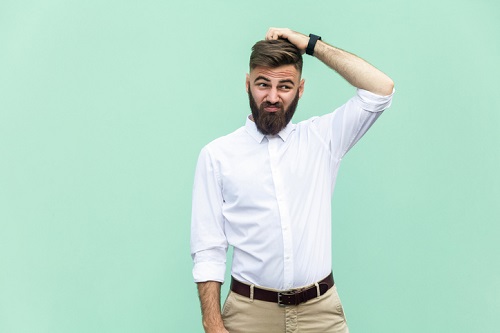 Do you ever feel like you’re just getting by in your job – and that sooner or later someone is going to realise that you don’t really know what you’re doing?

Or maybe you think that you got where you are just because of luck, good connections or something else outside of your control, rather than because you deserve to be there.

Maybe, despite studying for years in a particular area you’re now in your first job, and suddenly feel like you’re under-prepared and lying about how competent you are, even though you passed all your requirements to graduate.

These are all signs that you might be experiencing what we call “imposter syndrome” (also known as imposter phenomenon).

Imposter syndrome is when a person feels like a fraud because they believe they aren’t capable, intelligent, or creative enough to meet the demands of their current situation – despite previous success or achievement. It goes beyond normal self-doubt, because it is also accompanied by the fear of being exposed as a fraud or a fake.

The Origins of Imposter Syndrome

When the term “imposter syndrome” was first coined in 1978 it was believed to be unique to women, particularly high achieving women.

Of course we now know that imposter syndrome is mostly likely experienced equally by men and women. It is most commonly it is experienced by minorities, or people who differ from their peers in some way whether it is gender, age, ethnicity, sexual orientation, or something else entirely.

Unfortunately, imposter syndrome is quite common and to demonstrate the far reaching effect of this issue, let me bring to your attention some of the well-known and highly successful individuals that have identified that they have experienced imposter syndrome:

And these are just a select few.

What this list demonstrates is that imposter syndrome is very good at infecting us, even in the face of obvious signs of success and achievement. Achieving something or doing well at a task is not enough to get rid of the self-doubt – and in many cases may even make them worse.

People experiencing imposter syndrome often compare themselves to others in a similar situation (such as colleagues and peers), and feel like they are the only one that’s experiencing these doubts, but that’s often not the case. The best way I can think to illustrate this is to use a real life example of two very accomplished people that I listed above, realising that they both felt like imposters in the same room.

When asked by a fan how he dealt with his imposter syndrome, Neil Gaiman wrote the following:

Some years ago, I was lucky enough to be invited to a gathering of great and good people: artists and scientists, writers and discoverers of things. And I felt that at any moment they would realise that I didn’t qualify to be there, among these people who had really done things.

On my second or third night there, I was standing at the back of the hall, while a musical entertainment happened, and I started talking to a very nice, polite, elderly gentleman about several things, including our shared first name. And then he pointed to the hall of people, and said words to the effect of, “I just look at all these people, and I think, what the heck am I doing here? They’ve made amazing things. I just went where I was sent.”

And I said, “Yes. But you were the first man on the moon. I think that counts for something.”

And I felt a bit better. Because if Neil Armstrong felt like an imposter, maybe everyone did. Maybe there weren’t any grown-ups, only people who had worked hard and also got lucky and were slightly out of their depth, all of us doing the best job we could, which is all we can really hope for.

One of the biggest challenges of imposter syndrome is that many who experience it, suffer alone. Because of the nature of imposter syndrome and the fear of being found out, it can be hard for someone experiencing this type of self-doubt to discuss it with anyone. When you look around the room and see everyone else doing a good job it can be difficult to realise that they might be feeling just as unsure.

Imposter syndrome can be very isolating and can make it difficult to ask for help. Anxiety, stress, and symptoms of depression are also commonly experienced by people who feel fraudulent, both as a result of the imposter syndrome and as a possible cause for the feelings of inadequacy.

However, there are step you can take to help you with overcoming imposter syndrome – including coming to see an understanding psychologist, such as myself.