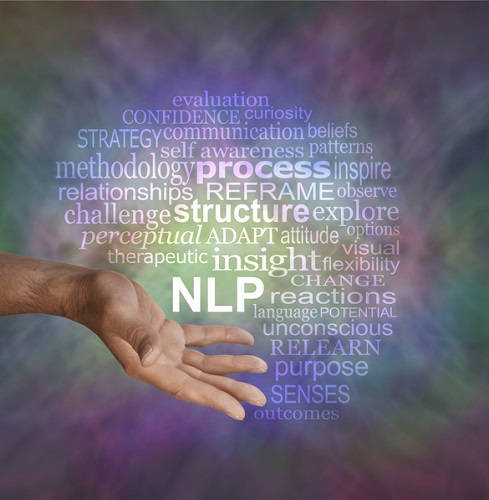 The use of Neuro-Linguistic Programming or NLP in therapy helps people to alter their thoughts and behaviour to achieve their desired outcome.

For example, it can be used to help people who experience anxiety disorders or phobias, improve workplace performance and increase personal happiness.

The Origins of NLP

Neuro-Linguistic Programming uses perceptual (the way we see/think about things), behavioural (they way we do things) and communication (they way we talk and interact with others) techniques to make it easier for people to alter their thoughts and actions.

Richard Bandler and John Grinder are credited as the co-founders of NLP which they outlined in their seminal books, The Structure of Magic I & II (1976). Their premise was that if you identify the patterns of thoughts and behaviours of successful people, you can teach them to others; in essence, the thoughts and behaviours that lead to successful attainment of goals can be modelled.

Bandler and Grinder brought together the elements of non-verbal communication, interpersonal relations and psycholinguistics (the study of the relationships between linguistic behaviour and psychological processes, including the process of language acquisition).

NLP provides a toolkit of resources that help us with improving our performance and general communication-related tasks like:

How does NLP work?

NLP is founded on the idea that people operate by internal “maps” of the world that they learn through their sensory experiences. These experiences lead to the development of filters through which individuals see and experience the world around them. NLP tries to detect and modify unconscious biases or limitations of an individual’s map of the world.

NLP is not hypnotherapy. Instead, it operates through the conscious use of language to bring about changes in someone’s thoughts and behaviour. For example, a central feature of NLP is the idea that a person is biased towards one sensory system (that is, visual, auditory, kinesthetic – awareness of the position and movement of the parts of the body by means of sensory organs in the muscles and joints), known as the preferred representational system (PRS).

An NLP practitioner will identify an individual’s PRS and base their therapeutic framework around it. The framework could involve rapport-building, information-gathering, and goal-setting with the individual.

NLP involves the use of many different techniques depending upon the field of practice. These techniques include:

In summary, Neuro-Linguistic Programming is used as a method of personal development through promoting skills, such as self-reflection, confidence, and communication. It can be applied to assist people to achieve work-orientated goals, such as improved productivity or job progression.

More widely, it has been applied as a therapy for psychological disorders, including phobias, depression, generalized anxiety disorders (GAD), and post-traumatic stress disorder (PTSD).