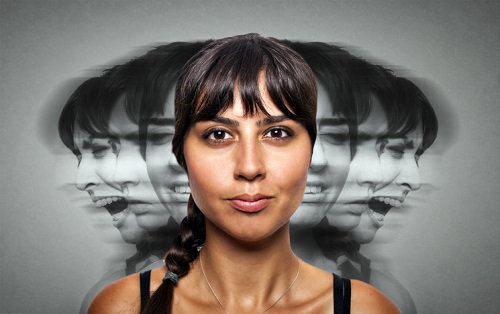 There are several types of personality disorders that fall into different sub-categories.

Individuals with these disorders often appear odd or peculiar to other people; eccentric personality disorders include:

Individuals with these disorders have intense, unstable emotions, distorted self-perception, and/or behavioural impulsiveness:

Individuals with these disorders often appear anxious or fearful:

Which Ones are the Cluster B Personality Disorders?

All Cluster B personality types are egocentric and lack varying degrees of empathy. Empathy, as a complex emotion, is one of the core emotions in neuro-typical (ie exhibiting typical neurological development) humans; people lacking the capacity to perceive external social stimuli in such a way that they are able to emote in a healthy pro-social and logical manner tend to suffer from personality disorders that stem from competitive (rather than collaborative) biological forms of thought processes.

Those with Borderline Personality Disorder are prone to having massive attention-seeking and abandonment issues. Known for using calculated temper tantrums to get their way and for suffering wild mood swings throughout the day that tend to resemble the long-term mood dysregulation disorders suffered by many people who experience bipolar disorder, the BPD person has an awareness of other people’s needs, but chooses not to take them into consideration.

People who have Histrionic personality types are typically the more over the top and grandiose people imaginable. The character played by actor Nathan Lane in the Robin Williams and Gene Hackman movie “The Birdcage” had what is known as Histrionic Personality Disorder.

People who suffer from Anti-Social Personality Disorder are quite unique as human beings. Some people develop the condition as a result of exposure to trauma, others to illness, pain, or medications, and others suffer from biological limitations that repress or retard their ability to perceive (let alone process) complex emotions.

People who have ASPD seem to fall into two different types of classification. Sociopaths tend to be methodical by nature, vertical thinkers, and socially aggressive. Those who have Psychopathy by nature tend to be prone to violent behavior.

Both lack the ability to understand the complex emotional motivations of other people because they lack the ability to feel or intuit the physical sensation of having a healthy, fully developed, and rich array of complex emotions. Because they do not share the same core values as other human beings, they are oftentimes accused of behaving like monsters regardless of how intelligent they may otherwise seem to be.

While people with NPD strive to be the centre of attention at all times and expect everyone who encounters them to immediately and without cause to treat them with the same level of social respect one typically reserves for royalty, those with ASPD tend to seek to dominate others for pleasure (rather than to feed their grandiosity).

Many individuals who dish out emotional abuse or who physically and verbally assault others with alarming regularity tend to suffer from co-morbid personality disorder symptoms  — also known as co-morbid conditions or affectations.

The term co-morbid refers to having more than one personality disorder affecting a person’s psychology.

People with one personality disorder proclivity are predictable in specific ways; if they show signs of behaving like people with more than one disorder, their toxic thinking and social behaviours tend to be overt and extreme (even if they typically engage in abusing others the most when and if there are no witnesses other than the victim of their behaviours).