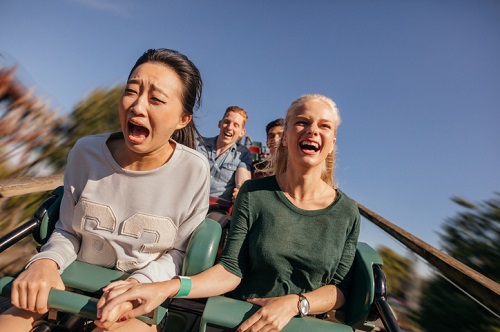 Bipolar is an affective mood disorder characterized by extreme highs and lows, or ‘mixed’ states encompassing both.

The mean age of onset of symptoms is 18 with the most common period of onset developing between 15 and 19.

This is an important time of a cascade of development in hormonal and cognitive changes and can be difficult to diagnose at the first signs of symptoms. Often, these symptoms can be mischaracterized for other disorders, such as ADHD, depression, anxiety or borderline personality disorder.

Unfortunately, for some, it can take a longitudinal approach to observe patterns in changes of mood and behaviour, which means many young people with bipolar disorder are not in direct receipt of specialized treatment for months or even years – or are prescribed treatment that is ineffective.

You may notice ups and downs in mood and behaviour and may question whether these changes are more than just typical adolescent changes coinciding with puberty. Read below to identify signs and symptoms to look for that may indicate the onset of Bipolar Affective Disorder.

Depression: It is worth noting that young people can be misdiagnosed with unipolar depression when it has been identified as the first episode, because periods of mania or hypomania may not have appeared yet.

Depression symptoms and signs can include:

Mania: You may often notice a “steam truck” that can’t stop. Dissimilar to the gradual onset of depressive symptoms, manic symptoms can present quickly.

In mania, psychotic symptoms are common. Psychotic symptoms, or ‘breaks from reality’, refer to hallucinations and delusions. It isn’t uncommon for people exhibiting these symptoms to meet the threshold for a hospital admission or come to the attention of police and get arrested. These symptoms can last one week or longer.

Mixed Episode: Some people with Bipolar experience “mixed episodes”. This includes characteristics of both depressive and manic symptoms. It might look like the person is having depressed moods, but coupled with racing thoughts, agitation and anxious preoccupations.

Hypomania: The less extreme form of mania, which, unfortunately can commonly be missed.

The young person may have higher levels of energy than normal, be more talkative than usual, be restless, have a racing mind, lots of new ideas or plans, have increased sexual desire, engage in risky behaviours like gambling, sex, substance use, have an increased in motivation toward goal directed activities, or may be grandiose and irritable.

Bipolar I vs II: What’s the difference?

The difference lays in the severity of manic symptoms.

Bipolar I: In order to be diagnosed with Bipolar I, at least one manic episode must be present. Bipolar I involves episodes of depression and severe mania.

Medication has been the mainstay gold-standard treatment for Bipolar among the medical community. These generally include mood stabilizers, such as lithium, anticonvulsants and antipsychotics; however, there has been substantial research conducted to support adjunct psychotherapy to treat bipolar.

The two therapies I utilize with clients with Bipolar are:

Tara Pisano is a registered psychologist with a special interest in early intervention in adolescents and young adults, as this is when three quarters of mental health conditions emerge. In her practice, she draws on a range of evidence-based therapies such as CBT, DBT, IPT, ACT and Motivational Interviewing, to promote recovery and positive outcomes.