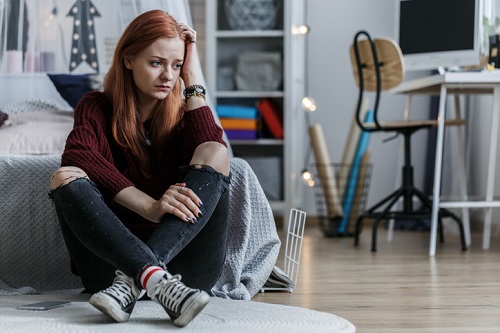 An adjustment disorder is defined by an excessive or unhealthy response to a stressful event or change in a person’s life.

Although adjustment disorders are an emotional reaction to an event, there is not a single direct cause between the two.

People vary in their past experiences, temperament, coping skills and vulnerability. Stressors also differ in how strong they are, how long they last and what effect they have.

Most of the time, we adjust to stressors and changes within a few months; however if you continue to have emotional or behavioural reactions that lead you to feeling depressed and anxious, you may be experiencing adjustment disorder.

While adjustment disorders occur equally in males and females, children and adolescents are more likely to experience them (although they do also occur in adults). Other risk factors include:

Onset of symptoms is generally within 3 months of the stressful event and last no longer than 6 months. However, chronic adjustment disorders can persist beyond this period if the stressor is ongoing, such as unemployment.

Symptoms of adjustment disorder can overlap with symptoms of depressive disorder and PTSD.

Most people who experience adjustment disorders recover completely. However, sometimes symptoms may develop into major depressive disorders in people who are at risk for developing mood disorders.