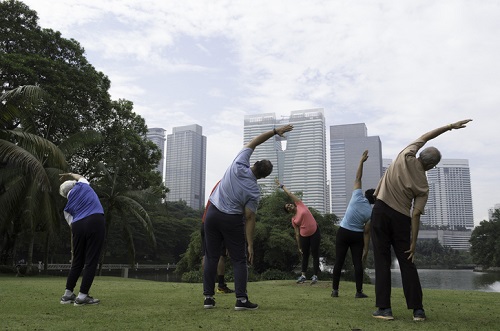 Does it matter if your personality fits in with the personalities of the people who live around you?

People live in suburbs, cities and states, and the physical and social characteristics of these places can affect their thoughts, feeling and behaviours.

Over the past decade, there has been a revival of research examining the relationship between people’s psychological characteristics and the characteristics of the places in which they live.

This reinvigorated viewpoint is known as geographical psychology and is based on people’s interaction with the macro-level features of their environment.

New research has identified an unusual factor to consider when relocating to a new city – its personality. A study published in 2016 in Psychological Science found statistically significant associations between the personalities of people living in the same city and their self-esteem.

Psychologists, researchers and specialists in personality and social psychology believe there are five basic, universal dimensions of personality known as the “Big 5”. These broad personality traits include openness to experience, conscientiousness, extraversion, agreeableness and neuroticism.

No previous study had directly explored the person-city-personality relationship with self-esteem. Prior research has shown that the ideal match of an individual’s characteristics to their environmental characteristics has a positive effect on a person’s general satisfaction and self-esteem.

Self Esteem and Personality Traits

This study found that self-esteem was more highly correlated with extraversion and emotional stability. This suggests that the strongest connection between self-esteem and personality traits occurs separately from environmental influences.

However, the same study also discovered a small but significant link between the person-city personality relationship and self-esteem for the other three of the Big 5 traits (openness, agreeableness, conscientiousness).

Religiosity and Self Esteem

Interestingly, the findings reflected that those people who are more devoted to religion maintained a higher level of self-esteem than those who were indifferent.

It is possible that people with productive personality traits and high self-esteem could have an advantage over others at choosing a city that best fits their personality.

In other words, those who possess positive personality traits and have an overall healthier view of life may be better equipped at choosing cities that align to them and their goals in life.

However, it is unclear as to whether these findings would extend to countries around the world, due to varying beliefs and cultures.

Ultimately, choosing a city solely based on whether its inhabitants share similar personality traits is not the best course of action. Is it a bonus though? Absolutely. However, as this study concluded, is not necessary for general satisfaction and high self-esteem.