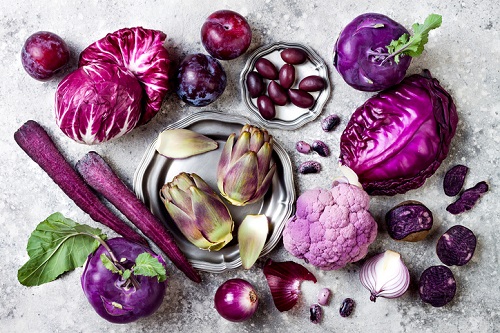 Do you ever feel ‘butterflies’ in your stomach – or ‘gut wrenching’ sensations?

These aren’t expressions for no reason – they are all too real. Our gut is sensitive to emotions like anxiety, sadness, anger and joy and our brain reacts to these signals from our stomach.

The most common symptoms seen in stress and anxiety are stomach problems. Research has identified a relationship between our gut and our brains. Similar to the brain, our guts have nerves referred to as the enteric nervous system (ENS), also known as the “second brain”. The ENS is responsible for controlling digestion.

The gut encompasses every organ involved in digesting food and processing it into waste. The same type of neurons and neurotransmitters found in the ENS are also found in our central nervous systems.

This relationship between our gut and brains affects our mood, our digestion and the way we think.

The vagus is one of the most important nerves connecting your gut and brain, sending signals in both directions.

Animal studies have shown that stress inhibits the signals sent through the vagus nerve, and can cause gastrointestinal problems. A human study also found that those with IBS or Crohn’s disease had less vagal tone, indicating a diminished function of the vagus nerve.

The gut and brain are also connected through chemicals known as neurotransmitters. Neurotransmitters produced in the brain control emotions and feelings; for example, the neurotransmitter serotonin is responsible for feelings of happiness and regulates your body clock.

Many neurotransmitters, including serotonin, are also produced in the gut. The gut also produces a neurotransmitter called gamma-aminobutyric acid (GABA), which helps to control feelings of anxiety and fear. Studies in mice have demonstrated a link between probiotics and the production of GABA to reduce anxiety and depressive-like behaviour.

Whenever our “flight or fight” response is activated, our central nervous system is triggered into action.

Simultaneously, the enteric nervous system’s response is to slow down or stop digestion so more of our body’s energy is diverted to fighting off the threat.

The gut-brain connection works in both directions too and GI problems have been shown to create stress and anxiety. The ENS may trigger substantial emotional shifts in people suffering with irritable bowel syndrome (IBS) and functional bowel problems including diarrhoea, constipation, pain, bloating and stomach upset.

For decades, researchers believed depression and anxiety contributed to these problems, but recent studies show that it may also be vice versa. Recent evidence shows that irritation in the gastrointestinal system can trigger a cascade of signals to the central nervous system that trigger changes in mood. This may explain why those who experience IBS and functional bowel problems, on average also experience higher than normal levels of depression and anxiety.

The new understanding of the ENS-CNS relationship helps explain the efficacy of IBS and functional bowel disorder treatments such as anti depressants and psychological therapy (such as cognitive behavioural therapy), as well as medical interventions. Given that our two ‘brains’ talk to each other, therapies that help one may help the other.

Gastroenterologists may consider prescribing certain antidepressants for IBS because these medications calm symptoms in some cases by acting on gut nerve cells (not because they think a patient’s problem is a psychiatric one). Conversely, cognitive behavioural therapy may also help to enhance communication between the brain and gut.

Foods that Help the Brain and Gut Connection

Foods that help the gut-brain axis include: