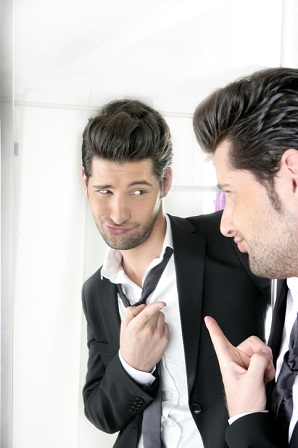 An increasing number of clients I see experience abuse, bullying or even physical or sexual violence from spouses, partners, friends, co-workers or bosses.

These experiences are usually seen by them as traumatic and can appear life-destroying, and may take some time to work through.

However, very few clients have heard of narcissism, but when discussed or provided with information about it, they realising what they have been dealing with. Understanding narcissism is important to help them take back control of their own lives.

Narcissism, according to Gumpel, Wiesenthal and Soderberg (2015), is a broad term that includes:

Narcissists see themselves as being special and unique and deserving of special attention, treatment, and resources.

While there are conflicting results in the literature about narcissists having high or low self-esteem, it is clear that although they act as if they are self-confident and powerful, in reality they often possess beliefs which show they have low abilities, and often have a fragile self-esteem, one that varies considerably (Washburn, McMahon, King, Reinecke, & Silver, 2004).

Martens (2011) explains that Freud coined the term from the myth of Narcissus as a symbol of a self-absorbed person whose libido is invested in the ego itself, rather than having an interest in other people.

Martens explains that narcissistic personalities can be differentiated (from “non-narcissists”) by their use of defensive strategies reflecting either grandiose or vulnerable themes. These strategies are used in response to stressors, such as shame, low self-esteem, trauma, unfulfilled needs, or dependency.

These are sound common self-worth problems of nearly everyone on the planet, wouldn’t you agree? So it could be argued that everyone we know, including ourselves, has some degree of narcissism (the ‘me’ syndrome – it’s all about ‘me’). But there are differences in what is termed “unhealthy narcissism”, and “normal or healthy narcissism” (Raskin & Terry, 1988).

Normal or health narcissism is held by those who have an understanding of the ‘me’ – while also being empathetic of others around them, being willing and able to see from the other’s point of view, and being able to include others in social activities. Hayes, Strosahl, and Wilson call this the “assumption of healthy normality” (1999, p. 4).

Just imagine a continuum, where on one end we have the worst psychopath, a person who loves to hurt, torture or kill another person for their own pleasure. These are understandably very lonely and unhappy people – who wants to befriend someone who is going to get pleasure from hurting you? They are unhappy because they cannot feel pleasure except when they are in the middle of hurting someone, and understandably this cannot always occur.

On the other end of the continuum are people like Jesus or Mother Teresa – those who’s every action is out of love and for the happiness of others. These have no or very little ego love (that is, the ‘me’ syndrome).

People on this end of the spectrum are increasingly happy because they go by the adage: “I get what I give – and all I want is love, peace and happiness.”

How does Narcissism Develop?

Most parents, those with a real interest in the wellbeing of their child, and feel a sense of love and connection with him or her, want their child to do well, to be successful, and feel good about themselves.

However, problems begin, for a child and parent, when they want their child to be ‘special’, above average, better than the rest, to be outstanding. This not only puts pressure on the child, but also on the parent, who may feel “less than good enough” if the child does not turn out to be ‘special’ in the ‘above average’ sense of the word.

Narcissism becomes a significant problem when there is violence or aggression. Baumeister, Smart, and Boden (1996) found that narcissism can lead to increased aggression when coupled with insult in adult participants.

School aggression is usually referred to as bullying, even though this behaviour is seen in organisations as well. But as Gumpel et al (2015) note, even though all bullying is aggressive, not all aggression is bullying. They argue that there are different types of bullies –the Aggressors, Reinforcers, Assistants are the more active bullies, but that there are also the Bystanders, Defenders and Outsiders – who may not always like what they see, but are too timid to stand up to the Aggressor.

This may reinforce the self-image of the Aggressor as a powerful social actor. Narcissism and aggression have been found to be related for both males and females (Gumpel et al, 2015), although they also found that the symptoms of narcissism (self-absorption, demand for leadership, and exploitativeness) were found to be stronger for males than for females.

According to Carter (2005), there are eight primary ingredients common to narcissistic patterns of behaviour:

It’s important for anyone wanting to know how to deal with this behaviour in another person, to gain a sense of the extent to which this tendency is in ourselves first. This will then give some indication as to the ease or difficulty in being able to alter this behaviour.

All of us will remember occasions when we attempted to use force on others when we didn’t get what we wanted. I recall recently driving on the freeway, and drivers remaining in the fast lane yet driving under the speed limit, and not moving over to the slower lanes.

Well, the indignant righteous, haughty or judgmental part of my mind said to me: “You’re entitled to drive faster – why is this person stopping you!” For years I had tried to make that person move over (flashing lights, getting close and personal), with little effect.

Then my partner, a very safe and peaceful driver, said to me, “How are you feeling right now?”

“Well wouldn’t you rather feel happy and peaceful, and have a happy driving experience?”

“Yes, that’ll happen after that person moves out of the way!”

“Could you choose to see this experience now differently?”

“Well, I could forgive that person for not understanding road rules, or being empathetic of other drivers on the road.”

“Would forgiving that person make you feel more peaceful and calmer?”

So I learnt to do that, to forgive drivers I had no ability to change, because I could see it was better for me to be happy than right.

For further reading, you may like to read my other page Dealing with Narcissistic Personality Disorder which looks at how to work with narcissistic behaviours, including our own. Then we can feel okay with it, happier and more peaceful.