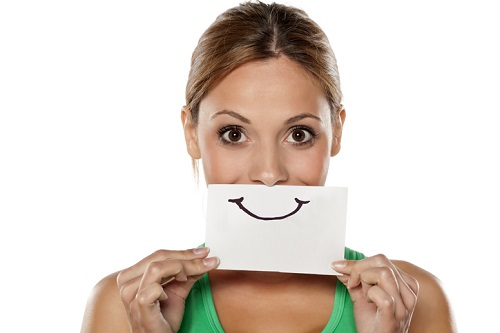 Our (very Aussie) daily vernacular of “she’ll be right” and “no worries” makes it seem that our society rates positivity highly.

However if you’re having a rough time, suppressing negative emotions doesn’t make them disappear and is actually quite unhealthy!

Suppressing emotions is characterized by “inhibiting the outward signs of your inner feelings.”

Despite a plethora of research suggesting otherwise, professionals in high stress jobs (doctors, military, police) are often taught that emotional suppression is an effective strategy to regulate emotions. And actually, we do it quite well. Between substance use, screen time, food, shopping, sex and prescription medication; there are a host of ways to avoid our emotions.

But suppressing your emotions is creating the same internal pressure as if you were to put one foot on the accelerator and one foot simultaneously on the brake.

The Health Risks of Suppressing Your Emotions

Research has shown some alarming affects on the body and mind when emotions are suppressed. A 2013 study by the Harvard School of Public Health and the University of Rochester showed that people who ‘bottle up’ their emotions increase their risk of a premature death from any cause by more than 30% and concomitant risk of being diagnosed with cancer increasing by 70%.

So, with that being said for long-term health risks of suppressing negative emotions, what are the short-term risks?

Numerous studies have shown that ignoring emotions can lead to short-term mental and physical reactions too.  Anxiety and depression are just some of the consequences of suppressing these underlying, automatic, hard-wired survival emotions, which are biological forces that should not be ignored.

Several studies support the notion that by ignoring our emotions, we only make them stronger. For example, you may be angry at your sister and after sitting in your anger refraining from responding, you could actually be encouraging an emotional outburst. Weeks later when you’re driving and get cut off, you can experience all-out road rage, causing an accident. This emotional explosion and overreaction is your body’s way of releasing suppressed emotion.

Neuroscience has studied emotional suppression widely and has found that the more conflicts and emotions a person experiences, the more anxiety they feel. This is thanks in part to the vagus nerve – one of the major emotional centres of the body. Located in the midbrain, it responds to emotions by sending signals to the lungs, heart and intestines. In the service of survival, these signals prepare the body to take appropriate and immediate action.

How to Manage Emotions rather than Suppressing them

Typically, we manage difficult emotions in two ways: we either act them out or suppress them.

Acting out with strong emotions like anger, will probably have unintended consequences in your relationships and your work. It’s not surprising that this can then ripple around you, leading to more difficulty. But suppressing can be just as dangerous.

So, what’s the alternative? To feel our emotions in real time.

Emotions are very much like energy waves – they vary in intensity, shape and frequency. Like with most natural phenomena, they arise and pass away pretty quickly. The issue comes when we try to interrupt this process through suppressing or acting out.

How to Feel Emotions in Real Time

Acknowledging the emotion – recognizing internally you’re feeling a particular way is important. Sometimes it’s more complex than “I’m feeling angry”. To understand the core emotion behind how you are feeling, ask yourself: “Why am I having this reaction? Why am I acting this way?”.

Breathing – check in with yourself regularly throughout the day to check how you are feeling. Notice the pattern of your breathing and any tension you might be holding. In doing so, you can identify where your emotions are stuck in your body. Diaphragmatic breathing can help you activate your vagus nerve, which is responsible for regulating emotions. By taking deep breaths you are literally massaging the intensity of the emotions.

Practicing mindfulness – mindfulness refers to acknowledging thoughts and feelings as they arise, even if you choose not to express them immediately. For example, you may acknowledge that you are really upset or angry, but consciously deciding to take a moment before trying to explain why you’re upset. Sitting with the emotion, recognizing the physiological sensations in your body and the thoughts that arise, rather than interrupting the ‘rise and fall’ nature of emotions, ensures you aren’t suppressing them.

Sharing your feelings with someone you trust – your emotions form part of your life experience. Try using “I” statements to raise the way you are feeling. Or, keeping a journal can also help you to practice expressing emotions as they arise. While journaling may not be able to validate your distress like talking to a person can, it can help you to process difficult emotions.